by Ellen Stockstill
NEXT PAGE

Tattoos are incredibly popular right now, which means that more people than ever before are looking for ways to hide their ink.
Robert Ginn/Photolibrary/Getty Images

Did you know that approximately 45 million Americans have tattoos? While they're tremendously popular, according to a 2003 poll from Harris Interactive, 17 percent of people with tattoos regret getting them. Whether the tat is of an ex-girlfriend's name or of Bugs Bunny watching the sun go down, these decisions can be hard to later get rid of or cover up. Laser removal is always an option, but it can be expensive and may leave a scar. That's why some people turn to tattoo concealer as an alternative to laser removal.

Tattoo concealer is a good choice for folks who want a temporary solution. Think job interview: You're meeting someone new who you want to impress, and you don't want your neck ink to be the first thing your potential new boss sees. In this instance, you don't need to get rid of it altogether -- you just need it gone for the afternoon.

Tattoo concealer is typically thicker than your regular, run-of-the-mill kind for the under-eye area, acne or other skin discoloration. Some brands market concealers for tattoo coverage specifically, while other companies offer "serious" or "ultra" coverage concealers that claim their products will cover tattoos along with other skin discolorations like varicose veins and scars. The main thing you want is a waterproof one that won't smudge off when you begin to sweat during that interview. Depending on the color or colors of your tattoo, you may need a couple different shades of concealer in order to neutralize the tat and completely cover it up. Because concealing your ink takes some time and effort, smaller tattoos are easier to neutralize than large, elaborate ones because they'll take less time and product to cover.

Kat Von D, the tattoo artist and television personality, has a makeup line through Sephora that sells a concealer specifically for covering tattoos. Judith August also sells Killer Cover, a concealer that promises to hide your ink. While this one is more expensive than Kat Von D's, it comes in a palette with five colors so you don't need to purchase multiple products to get the perfect neutralizing shade for your tattoo.

If you're in the market for a more environmentally friendly concealer, look for ones that contain fewer chemicals and no parabens. Parabens are used in cosmetics as a preservative and can be absorbed by human skin. People have become less trusting of products containing parabens because they've shown up in biopsies of breast tumors. The chemical preservative has not been found to cause breast cancer, specifically, but the fact that it can remain in the body for so long has raised questions about its toxicity. Many cosmetic lines have started making products without parabens, so you have some options if you want to avoid this ingredient. NARS, for example, makes a concealer without synthetic fragrances or parabens.

With countless of cosmetics labels out there, the prices of concealers can range anywhere from $5 to $50. If you want excellent and long-lasting coverage, you may want to go for a higher-end concealer, but don't be afraid to try drugstore brands if the tattoo you're covering is small and relatively light. 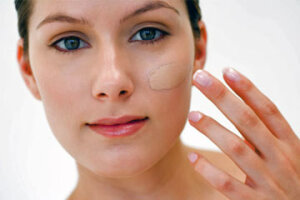 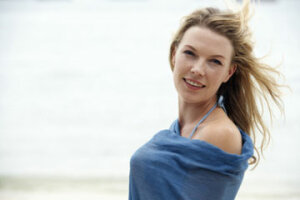 How to Hide Body Blemishes at the Beach