Could sustainable fashion let you wear the same dress for a year?

by Joelle Klein
NEXT PAGE 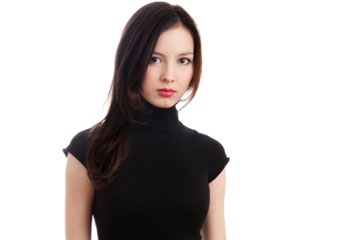 Could you wear the same dress for a year?
TLC

Do you often look in your closet and think: I have nothing to wear? What if you looked in your closet and had only one thing to wear—every day? Sheena Matheiken of The Uniform Project is doing just that for an entire year. She has vowed to wear the same dress (although she does have seven of them) for 365 days, changing it up (sometimes dramatically) with accessories, accoutrements and shoes only. Check out the website for daily photos of her creations.

Why would she do such a thing? Matheiken’s goal is to bring awareness to sustainable fashion (by reducing, reusing and recycling) and to raise money for the The Akanksha Foundation, an educational organization based in Mumbai dedicated to opening schools in the slums of India. Here’s how she describes this project:

“Every day I will reinvent the dress with layers, accessories and all kinds of accoutrements, the majority of which will be vintage, hand-made, or hand-me-down goodies. Think of it as wearing a daily uniform with enough creative license to make it look like I just crawled out of the Marquis de Sade's boudoir.”

She personally donates a dollar a day, and encourages others to make donations as well. So far, 90 days into the project she’s raised $7,062.

The inspiration for the project came from her Catholic School days in India where she was forced to wear a uniform. “Despite the imposed conformity, kids always found a way to bend the rules and flaunt a little personality.” She and her designer friend Eliza Starkbuck worked to make the dress as versatile as possible: “The dress is designed so it can be worn both ways, front and back, and also as an open tunic. It’s made from a durable, breathable cotton, good for New York summers and good for layering in cooler seasons.”

She, joyfully, scours Etsy, eBay and vintage stores for accessories but also accepts donations of used ones as well as offers from designers to create original pieces for her.

Sounds like a crazy concept but one that is strangely appealing to me. Imagine being free of your morning struggle with what to wear every day (and night)? And then imagine if you didn’t wear the same dress everyday (which is pretty extreme) but instead just cut your wardrobe by half?  Think of all the money and closet room you’d save!

Apparently Matheiken is not the first one to try such a zany experiment. In 2005/06 Alex Martin wore a brown dress every day for an entire year.  She made the dress herself and called it “The Brown Dress Project.” Here’s why she did it:

“In this performance, I challenged myself to reject the economic system that pushes over-consumption, and the bill of goods that has been sold, especially to women, about what makes a person good, attractive and interesting.  Clothes are a big part of this image, and the expectation in time, effort, and financial investment is immense.”

Could you wear the same thing for even a few days in a row? Do you think women spend too much time and money on their wardrobe? What if you stopped buying any new clothing items today? How long do you think you could hold out? What do you think of these two projects?