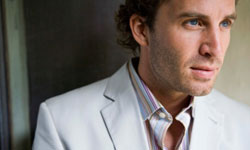 How can you style your man without a fight?
Jupiterimages/Thinkstock

It's sexist, ageist and true: Most men have no fashion sense, and it only gets worse with age until eventually the guy ends up in a coffin wearing a blue polyester suit and a baseball cap.

It is our love for them that makes us want to intervene -- our love for them, and our shame at walking into a fine restaurant with them. Yes, we love them anyway. But if we say we don't care what they're wearing we're probably lying, as much to ourselves as to them.

We care. There. We said it. Put on a decent friggin' suit you overgrown toddler.

And there's an example of how not to get your man to dress better (and by "better," we mean "the way you want him to").

Here, 10 tips on how to style your man without a fight. It's a job you'll want to put some thought into -- after all, if someone told you you had no style, you'd cry.

Job No. 1 is to avoid, at all costs, turning into his mother. Or yours.

Don't: Be His Mother 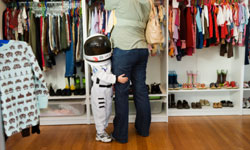 He'll probably leave the astronaut suit at home these days, but bossy orders might send your man orbiting back into childhood.
Inti St. Clair/Digital Vision/Getty Images

You know that 10-year-old boy in the department store being dragged into the dressing room by a woman stage-whispering, "I don't care if you don't like it you're going to wear it because I said so"?

Don't be her. If you issue orders and tell him what a man is supposed to wear, the 10-year-old boy that grew up to be your man is probably going to turn on his heels and go out for a long drive wearing whatever he darn well wants to wear because, while he's not a child, parentlike behavior tends to provoke a childish, defensive response. Kind of like the one you might give when he asks what makes your new pair of black heels different from the other seven pairs of black heels in your closet, and do you really need those.

Instead, be exactly who you are…

Do: Be His Woman 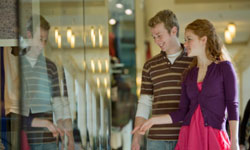 Tell him what you think he'd look good in.
John Giustina/Iconica/Getty Images

You are his woman. You are attracted to him, and he is attracted to you. This is perhaps your greatest strength. He wants to look good for you.

So tell him not what clothing he should wear, but what you'd love to see him wearing. Imagine, if you will, walking hand-in-hand through the mall and passing Victoria's Secret -- which would you rather hear: "You really need to get sexier lingerie," or "You would look really sexy in that"?

Instead of "You need to get some better-fitting pants," try, "I would love to see your butt in those jeans."

Manipulative, yes. Malicious, no, and the right pair of jeans really can do wonders.

On the other hand, pointing out what his butt looks like in his current, ill-fitting jeans is probably not the way to go…

It's a big secret, but you should know: Telling a man he looks disgusting hurts his feelings.

In the tradition of flies and vinegar, criticizing your guy's wardrobe -- or worse, his sense of style -- will only repel him into eternal fashionlessness and the two of you into a fight. And later, you'll feel bad (as well you should).

Instead, go the honey route… 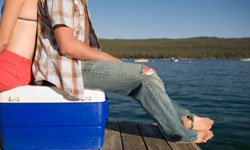 You don't have to tell him his jeans have turned into a pair of stirrup pants. Just mention how great he'd look in something a bit more tailored.
Caroline Woodham/Photodisc/Getty Images

You know how when your guy tells you you're sexy, it makes you want to dress sexy? When it comes to style, confidence can make all the difference, and what goes for you goes for him.

Tell him he has great arms ---and wouldn't they look amazing in that slim-fit Armani dress shirt? And it's a shame to hide his great abs in that ratty old T-shirt, drown his great butt in those baggy jeans or, perhaps, fail to show off his amazing hazel eyes by passing on that green-blue tie that's remarkably like the one Brad Pitt wore down the red carpet and which he would look even better in.

Tell him how great he looks in the pieces you pick out, and he might start to like his new style.

Nagging never improved anybody's style, and it might result in him wearing that torn T-shirt to your sister's wedding because you've annoyed him so much.

If you want him to actually get rid of the clothing that makes you cringe, you're better off going a different way… 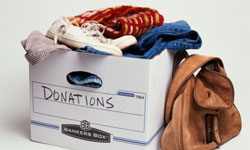 Make it insanely easy for him to get rid of old or outdated clothing.
Lisa Romerein/Riser/Getty Images

Who among us hasn't dragged her feet every now and then on a self-improvement project? We all get in ruts, and sometimes, it helps to have a partner to facilitate the first step, especially if you don't even realize that's what's happening ("Come to the gym with me just this once, I have no one to talk to!"). And since his primary partner is you, this would be your job.

Make it insanely easy for him to get rid of the clothing you think he shouldn't be wearing anymore. This might mean cleaning out your own closet and making a pile for Goodwill, and asking him to contribute. And then helping him decide what to contribute.

As spots in his side of the closet start opening up, just begging to be filled with new, stylish, appropriate pieces, you'll face a whole new challenge: the "S" word…

Let us, for a moment, sink even deeper into stereotypes and say that when men hear the word "shopping," it sounds something like "dying by fire," or "paying taxes," if dying and paying taxes happened in a mall surrounded by screechy 13-year-old girls.

Chances are, your guy does not want to shop for new clothes. Don't force it. Why spoil a trip to the mall by dragging along a grumpy man who's only going to hate everything you pick out because he's annoyed by that screeching.

If you, on the other hand, do enjoy shopping, go yourself and bring home some options for him to try on. That's why stores have return policies.

And if you have a great excuse for giving him these style gems, all the better… 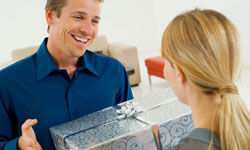 If you're stylish, help your guy out with well-chosen gifts.
Pixland/Thinkstock

Men do it all the time. When, on Valentine's Day, you open a pretty pink box and there's a black lace teddy inside, it's not entirely for you.

And when he opens a birthday gift to find a D&G lambskin motorcycle jacket, it is, perhaps, not entirely for him. But if he can pull it off, he might find he truly loves the gift.

Of course, not all guys can pull off a motorcycle jacket (the cutoff is probably 35 years and a 32-inch waist) or would even want to. Don't try to turn your man into a runway model if that's not his style -- and it's probably not. A crewneck, cashmere sweater; a tailored, wool sport jacket or a well-made, versatile button-down may be more like it.

Finally, a bit of wisdom for the ages: baby steps…

Don't: Scare the Crap Out of Him

If there's one thing that'll nip a style makeover in the bud, it's trying to replace a guy's entire wardrobe overnight. You are not Tim Gunn, and your sweatpant-wearing guy is not going to turn into a sharp-dressed man tomorrow.

An all-at-once approach will most likely result in discomfort and balking. Nobody's aiming for a man who looks great and feels awful.

Instead, view the transformation as a long-term work in progress. 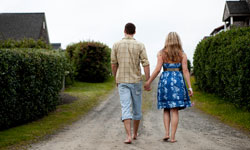 If you style your man in baby steps, you may find he becomes a willing participant.
Jordan Siemens/Photodisc/Getty Images

Start with a gift. Continue with some "I thought you would look amazing in this" possibilities from a shopping trip. Slowly work your way into "Can we donate these bellbottoms? You have so many pairs of newer jeans now."

No one changes overnight. If you style your man in baby steps, you may find that after some compliments from people other than you, he becomes a willing participant in the wardrobe change.

He may even, someday, thank you for it.