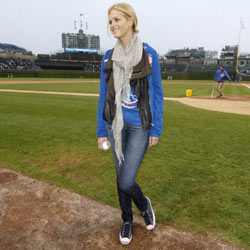 Little black dresses and Levi's are two fashion classics that get modernized over and again. But what makes something a "classic" isn't simply a one-dimensional design, it's most often a piece that goes well with countless different styles. Wearing a LBD with a cute pair of tennis shoes, and topping jeans with sequins or faux fur are just two examples of modernizing these two classics.

Classics styles stand the test of time and find their way into the limelight over and again because they're so versatile and timeless. We've compiled a short list of these enduring fashion pieces that still stand on their own or stand strong against newer designs, fabrics and trends. You may have a few of these in your closet already, just waiting for rediscovery.

Dating back to the 18th and 19th centuries, the peplum style dress has a surge of popularity every two decades or so. With a fitted bodice and a straight skirt in between, the main feature of this style is a flirty and slightly ruffling overskirt that extends from the waist to just at or below the buttocks, accentuating the smallness above the hips and the curves below.

Royal women centuries ago had peplum dresses made for formal occasions and weddings, and in the 1940s and '50s, they helped put an exclamation point on the hourglass figure. In the 1990s, this girly silhouette became popular among some indie rock stars that made it modern by combining the classic cut and feminine patterns with tattoos and chunky punk-style shoes, Chuck Taylor's or boots. Another resurgence of the peplum in 2012 has brought the hip swirl of fabric back, this time with pumps and sleek 1940s hairstyles. 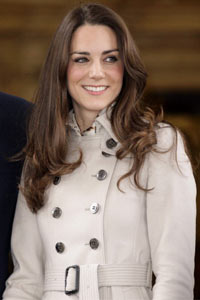 Not into looking like Colombo, the TV detective of the 1970s? No worries; although today's trench coats do still prevail in shades of tan, bright colors and unexpected fabrics and details take the trench beyond frumpy rain and fog gear.

Trench coats have been around since about the mid-1800s as practical outerwear, and while they still serve the purpose of keeping us dry and warm, they have been reinvented in the past couple of decades as not only a coat, but also a statement piece to a wardrobe. All ranges of designers make versions of trench coats in bright green, leather and traditional plaid-lined tans, and options from the lightest of summer weights to fur-lined, heavy winter versions are sold just about everywhere these days.

Burberry is most well-known among the trench-coat set for its timeless, quality pieces, but even this classic clothier has added modern colors, patterns and materials to its offerings.

Somewhere between a pair of pants and a pair of shorts is the capri pant, or capris. Most capris extend below the knee and well above the ankle, separating themselves from above-the-knee Bermuda shorts and at-the-ankle slim-fit pants. Once a suitable replacement when shorts were considered too casual and pants too warm for the season, capris have become more prevalent in casual wear, as well as business wear as a classic in every woman's wardrobe.

Traditionally capri pants were tailored pants in cottons, denims and twills that hit the below-knee mark, but recent decades have seen sweat pant capris, stretchy capri leggings and even silk, rayon and other luxury fabric styles.

Wearing capris with a T-shirt and boat shoes is as classic as pairing them with a button-down and ballet flats, and with so many options in material and style, capris are in many ways as versatile and modern as jeans. 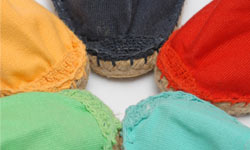 The summer espadrille has gotten a modern color update and is now available is every hue imaginable.
iStockphoto/Thinkstock

Shorter and slimmer pant styles lend themselves to a flatter shoe, and woven-heeled espadrilles and flat-soled shoes in endless colors have become staples. And most ballet flats and espadrilles -- or espadrille-style shoes like Tom's -- are being crafted in solid colors and brightly, detailed patterns.

Most period movies of the 1940s through the 1960s featured pointy or rounded flats with full skirts or cropped capris, and modern takes on those looks extend to colored straight denim pants, retro-style dresses and shorts, and even business suits with an ankle-length cut pant.

Flats may seem more demure than heels or pumps, but they're among the few styles that can keep a short mini-skirt, for example, looking cute and sexy but not over-the-top when inches-high heels could take an outfit into overly sexy territory. Espadrilles have been worn by French and Italian women for centuries, and adopting this classic brings a touch of European style to American fashion in spring, summer and fall.

Dress it up or dress it down, a white shirt is a classic item of clothing across the continents. Conservative fashionistas pair stiff linen with khaki pants and pressed shorts, but variations include safari-look rumpled oxfords and soft, modern cut blouses. Famous starlets from the 1930s to the 21st century have been photographed in white shirts with long, formal skirts and in white shirts topping bathing suits or worn alone.

A white shirt is such a classic because it works equally well for grocery shopping, board presentations and cocktail hours as long as it's paired with accessories that complement the occasion -- think statement jewelry pieces or a colorful skirt. Often, classics other than clothing best complement a white shirt whether wearing it with jeans or silk maxi skirts: A classic red lipstick, a messy up-do or neat ponytail and silver or gold bangle bracelets or hoop earrings. 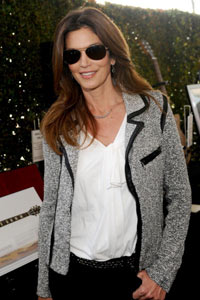 Women weren't running around in short, boxy or fitted tweed jackets until Coco Chanel made them both strongly female and uniquely fashionable. Paired with matching skirts, pillbox hats and just-the-right-heel-height pumps, the Chanel jacket came across the pond to the United States and has stayed strong as a European and American fashion classic. Authentic designs still painstakingly crafted at Chanel, as well as innumerable designs in the style of the original, are paired with not just the matching skirts of decades ago but also unmatched jeans, unstructured dresses and even short-shorts.

For those looking for a longer jacket or more waist-fitted option, 1940s-style tweed coats with slim bodices and fine-tailored details also make up a modern silhouette with full-legged trousers or even straight-leg jeans and mini-skirts. Some '40s jackets pair really well with flowing skirts in chiffon or silk or with matched wool shorts and oxfords.

A chevron is a V-shaped, right-side-up or upside-down pattern or design, and it has been popping up from the runways to the discount stores and in clothing from headwear to bikini tops to socks. The Italian design house of Missoni helped popularize chevron fabrics in the 1950s and '60s and had a unique return to international fame with similar designs with a department store line in 2011. Bold primary colors contrasted with white, multi-colored levels and pastel tangerines with gray are just some of the modern chevron variations, and they are found virtually everywhere.

Sailor-striped shirts in the traditional three-quarter sleeve style as well as in dress-length designs and cropped and fitted tanks and baby Ts also stay popular from decade to decade in one form or another. One timeless way to combine the sailor stripe with another classic is to wear it beneath a navy blazer -- whether of the nautical, gold- or silver- buttoned or completely deconstructed kind. 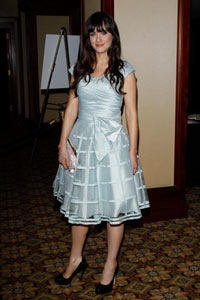 Zooey Deschanel is known for her 50s-style fashion, like this fantastic periwinkle blue dress she wore to the 24th Annual American Society of Cinematographers Awards.
Michael Tran/Getty Images

Dresses of all kinds are making a huge comeback in recent years, and one old-fashioned but newly fashionable period-style includes dress designs from the 1950s. Both the knee grazing, tight pencil skirts and dresses and the fitted bodice, full-skirted styles are figure flattering. Vintage pieces are still pretty easy to find at consignment and thrift stores but new re-creations of vintage patterns, fabrics and cuts are, as well.

Along with the period dresses are period-style pumps and flats that complement the look, but mixing the classic dress with more modern accessories and overlays such as leather jackets or contemporary sweaters can personalize and improve on even the most striking and figure-flattering '50s fashion. Playing up the past is another way to make a statement, with hair styles and makeup inspired by the period. Some cosmetic companies even are embracing the look back with lipsticks and compacts befitting the past but made for the modern woman.

Rod Stewart and Mick Jagger, Audrey Hepburn and Brigitte Bardot -- they all wore super-skinny pants well and inspired generations to copy them. Whether called cigarette pants or skinny jeans and marketed from their rock-star heritage to their classic modern '60s clean lines, tight and lean pants are everywhere.

Bright colored variations in yellow, bright blue and red are one modern twist, but basic black is almost always a worthwhile wardrobe addition. White skinny jeans are rivaling black and becoming part of the urban uniform in cities worldwide. Young hipsters tend to wear them low slung at the hips and bunched at the ankles, while fashion mavens keep them tailored and cut close at the ankle or just below.

Made from stretchy denim or cotton twill and worn with sandals or stilettos, T-shirts or low-cut cocktail tops, anyone can rock the rock star inspired pant, and these days, just about everyone is doing just that. 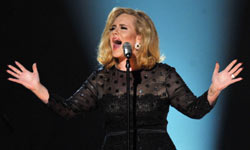 Adding a touch of white elegance has been considered classic probably as long as pearls have been cultivated and lace has been threaded together by hand. Strands of pearls and rows of lace are continually refashioned decade after decade though.

Lace collars turn a plain neckline into a feminine, and even austere, detail, while peeks of lace at the hemline of a skirt, waistline of a shirt, or plunging neckline of a dress or blouse can turn simple into very sexy.

Pearls do tie together conservative and stately looks for women of a certain age, but as an accessory to a modern wardrobe, they can "class-ify" an ordinary T-shirt or turn it from a retro rock shirt to a cute juxtaposition of rocker and regal. Plain suits or patterned dresses almost always benefit from a string of timeless pearls, as do asymmetrical and avant-garde cuts of fabric from blazers to tanks. Even a very inexpensive pair of long-stranded pearls can finish off a so-so outfit.