by Beth Brindle
Prev NEXT
2

Do Listen to Constructive Criticism 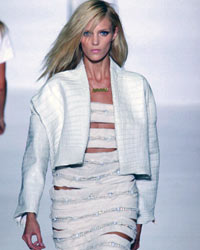 Critics blasted Kanye's Dw fall 2011 show so he banned them from his spring 2012 show. Probably not such a great move for the up-and-coming designer.
Antonio de Moraes Barros/Getty Images

It's one thing to make a fashion statement and be true to your own voice...it's another to produce a collection that's so impractical, ill-fitting, or poorly conceived that no one will ever wear it. While his fall 2011 show was almost uniformly panned, reviewers who covered his spring 2012 show generally agreed that it showed at least some improvement over the first, suggesting Kanye's willingness to take the critics' initial concerns into account.

Kanye famously ranted about unfair treatment by the fashion press after his fall show and complained that instead of being taken seriously, he was doomed to be lumped in with other celebrity designers. His last-minute decision to ban fashion critics from previewing his collection in spring 2012 raised some eyebrows, but if the second show's kinder reviews are any indication, it seems that Kanye may have heeded the words of style director Long Nguyen, who wrote on Fashionista.com that "perhaps...the desire to listen and learn from experience will eventually transform his fashion work into a plausible and sustainable collection."

Whether or not Kanye incorporates the advice of the fashion world into his Dw line, some of his more interesting personal looks were the inspiration for our final fashion lesson.