How to Pick a Fragrance for Your Guy

by Sara Elliott
NEXT PAGE 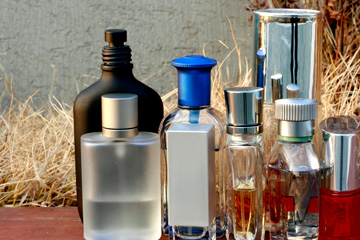 The number of choices can be daunting. Just take it slow and be picky.
Hemera/Thinkstock

Choosing the right scent for the man in your life may seem like a tall order, but you're probably in a much better position to make an informed decision than he is. Women have a more refined sense of smell than men, which kind of explains why you have to keep reminding him to take out the garbage.

This isn't to say your guy shouldn't have a say in what cologne, aftershave or scented shampoo becomes part of his morning shower ritual or date night refresher. In the quest for the perfect personal aroma, don't expect him to grasp the subtleties, though. For that, you'll need to take a deep breath and stick to your feminine intuition. He should like the way he smells, but so should you. You'll both be happier in the end -- literally. You see, fragrance has the power to heighten mood, make you happy and even encourage romance.

Scent can also evoke long forgotten memories, sometimes more effectively than even photos or music. The sense of smell resides in a primitive part of the brain and resonates in that deep, primal location where memory meets emotion. Long after mementos of extraordinary occasions have been pasted in a scrapbook and put up on a shelf, a whiff of sandalwood or musk can bring them flooding back with a power and immediacy that's almost supernatural. Dynamic, huh? And a little dab of the right scent holds the key.

Let's explore some practical ways you can find the perfect fragrance for both of you to enjoy. Think of this as paying homage to his masculine mystique -- with a touch of feminine refinement thrown in to keep things civilized.