When should teens stop going to camp? 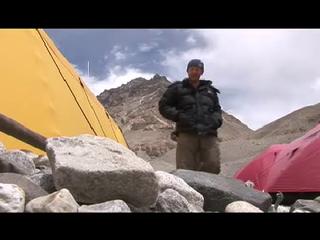 Most camps that cater to teenagers have bunks available for teens until the age of 16 to 18 years old. After teens pass that age, they can be hired as junior counselors, counselors, or other staff members. If you want your teen to start earning money already, he or she could be hired as a waiter/waitress, cook, cook's helper, camp secretary, lifeguard or arts and crafts director. If your teenager insists on attending camp as a camper, you can suggest military boot camp, with a starting age of 17. The advantages of camp are that it keeps children and teens productively occupied in a supervised setting during the summer when parents may still be at work; it can provide teens with a chance to live in the great outdoors. Most kids have a great time in camp, and if you choose a specialty camp, you'll be giving your teen a jump-start on his or her career.

Some of the specialty camps available include academic and college-prep camps, such as those specializing in aviation, computers, creative writing, finance, international studies, marine science, robotics or space, while others focus on outdoor skills, such as canoeing, caving, farming, hunting, rappelling, sailing or scuba diving. If your teen is interested in the performing arts, you may want to consider a camp that stresses circus, dance, drama, magic or film, while if he or she prefers sports, check out camps that focus on aerobics, baseball, horseback riding, fencing, football, hockey, martial arts, skateboarding, swimming or surfing.

If your teen has special needs, there are camps that target those with Asperger's, autism, cancer, cerebral palsy, cystic fibrosis, diabetes, epilepsy, ADHD, muscular dystrophy, spina bifida, substance abuse or weight problems. In short, as long as the camp still accepts teenagers who are your teen's age, you don't have to worry about what age they should stop going to camp.

Who should be on an emergency contact list and why?
Preventing Tantrums While Shopping
What's the best way to keep your kids from trying cigarettes?