Beyond Experimentation: Teens and Alcoholism

by DiscoveryHealth.com writers
NEXT PAGE 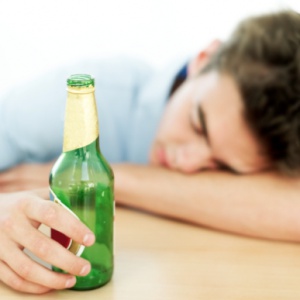 At age 16, Caitie C. was pulled over by the Laguna Beach Police and spent a night in jail as a result of her first DWI (driving while intoxicated). "I pulled into a little market to use the pay phone, and there were cops sitting in the parking lot as I drove my car into a pole," she said. "They did a Breathalyzer and took me in, handcuffed."

Two years earlier, while living in Westchester, N.Y., Caitie began using alcohol. Having little interest in school and a "wandering mind," she soon found herself hanging out with older kids, drinking heavily at parties, and trying other substances, such as marijuana.

When she was 16, her family moved to Southern California. "I was able to buy booze in California with my fake New York license," she said. "I was able to hide my substance abuse from my parents." Due to her professed lack of interest in school, she was able to start an independent study program, allowing her to do most of her schoolwork from home.

With lots of time on her hands, Caitie was able to party and drink more. She lied to her parents, while struggling to extract money from them to support her habit. Caitie was one of approximately 2-3 million students who abuse substances. Currently, it is estimated by the American Psychological Association that only about 8 percent of these students receive any kind of treatment for their substance abuse problems.

With her family's consent and support, Caitie managed to spend 28 days in rehab at the Hazelden Center for Youth and Families (HCYF) in Minneapolis, Minn. Now 24, Caitie has been sober for over seven years.

Preteen Drinking and Drug Use

At the age of 12, Alexis Chavez loved nothing more than to drink whiskey and soda. Traveling from place to place with her family, Alexis had trouble making lasting friendships. Soon, her drinking gave way to marijuana and methamphetamines. "I drank with other people but once I got onto the drugs, I was always on something," she said. "I didn't care if anyone was around, I was always using."

According to the National Academy of Sciences and Institute of Medicine, underage drinking and drug use cost the U.S. in excess of $62 billion annually. Auto accidents account for $13.7 billion, and violence, including rapes and assaults, costsing $34.7 billion, according to the International Institute for Alcohol Awareness (IIAA).

Attending high school in Tokyo, after having lived in Washington, California, Virginia, and Massachusetts, Alexis stepped up her intake of alcohol and meth. According to Alexis, it was easier to drink in Japan, and the police were never much of a concern.

One night, Alexis returned home intoxicated and dismissed the babysitter who was watching her 11-year-old sister and 6-year-old brother. She thought that she could handle watching her siblings for a couple of hours until her parents returned. Soon, however, she was sick on the floor of the bathroom. Lying naked and moaning that she was going to die, Alexis frightened her sister, before slamming the door shut. She climbed into the bathtub, where she sat vomiting and unable to move.

"I wanted to commit suicide, but I was too chicken to act on it," she recalls.