What are the stats on teens drinking and driving? 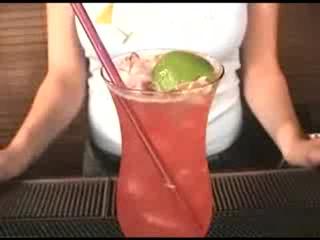 The leading cause of death among teenagers between the ages of 15 and 20 is car accidents, and 16-year-old drivers are more likely to crash their car than drivers of other ages. While 5,864 teenage drivers died in car accidents in 2008, teenage passengers who were killed accounted for four times this number. Approximately two-thirds of all teenagers who are killed in car accidents are male, and 19 percent of all fatal car crashes occur when a teenage driver is at the wheel.

The National Highway Traffic Safety Adminstration and the National Center for Statistics and Analysis reported that in 2008, 37 percent of the male teenagers who caused fatal car crashes were speeding, 31 percent of teen drivers killed in car accidents had been drinking alcohol, and when the passenger deaths are added to this number, the percentage of teens killed as a result of drinking and driving jumps to 60 percent, with an average of eight teens dying each day as a result of drunk driving. With each additional passenger that a 16- or 17-year-old drives, the rate of fatalities increases, partially due to the increased distractions and partly because of a perceived need to impress the passengers with risky driving.

While a teenage boy who drinks enough alcohol to have a blood alcohol concentration of 0.05 (between two and three drinks) is not legally drunk (blood alcohol concentration of 0.08 in most states), he's 18 times more likely to get into a crash, and a teenage girl is 54 times more at risk of crashing than her sober counterpart. In addition to the statistics for deaths resulting from teens drinking and driving, more than 1,300 injuries occur daily to teen drivers. The good news is that since 2000, the number of teen fatalities due to drunk driving has decreased, but the bad news is that the numbers are still too high.