What is the most common change in adolescence? 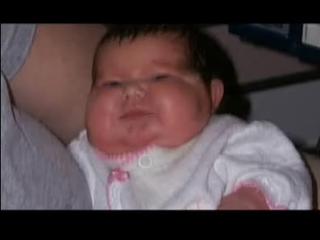 The most common change in adolescence is the growth of children into the size and shape of adults. If you haven't met your friend's child in a few years and then meet up with him or her as a teenager, you're likely to say, "Wow! Have you grown! I hardly recognize you." The years of 13 to 19 (sometimes until age 21) are considered the age of adolescence and include the physical changes of puberty, emotional changes, psychological changes, social changes and mental changes. The physical changes are due to hormones released at the time of puberty and include the development of the secondary sex characteristics. In males, facial hair develops, shoulders broaden, muscles become larger and pubic and leg hair grows. In females, breast development, the monthly menstrual cycle, pubic hair and wider hips are the results of adolescent changes. In both sexes, acne and body odor may occur, as well as an increase in oil increases.

Other common changes in adolescence include the moodiness and drive for independence that teenagers are known for and their transference of loyalty from their parents to their peer group. They're likely to experiment with different ideas, dress, hairstyles and lifestyles in an attempt to find their own identity. Conflict with parents can emerge for the first time or worsen, with parents feeling that they have no control over their children and teens feeling that their parents are on their case all the time.

Usually, by the time teenagers reach late adolescence, they've turned back into normal human beings, provided that they haven't irreparably damaged themselves through risky behavior and poor choices. To get through the teenage years, you have to pick your battles and learn to ignore behavior that doesn't put your teen’s safety or that of others in danger. Teens might not turn out to be carbon copies of their parents, but they will likely be a source of pride to their family.

5 Things You Should Know: Dad-to-Dad Bonding
The Ins and Outs of Financing Adoption
What are the stats on teens drinking and driving?