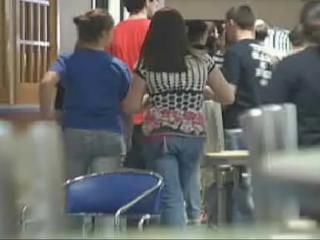 Natural consequences are the results of a person's words and actions. When teenagers experience the results of their choices, they learn to make better choices, with consequences that they can live with, and they learn to take responsibility for their own actions, knowing that their parents aren't going to fix their mistakes. For example, if the teen stays up late and comes late to school, he or she has to explain to the teacher why they're late. If the teen doesn't pay the bill for the cell phone, the service is terminated.

Let's say, however, that the natural consequences don't bother the teen. For example, he leaves his clothes on the floor and they don't get washed. No big deal; he doesn't mind wearing them dirty. Here, logical consequences can come into play. Logical consequences don't just happen as a result of the teen's behavior, but they're engineered by the parents. For this to work, pick a consequence that's related to your teen’s misbehavior; it should be fair, and respectful, not punitive. For example, if teens break something in the house, they have to pay for it. If they come home after curfew, their curfew is set for an earlier time for the next week. The trick here is to remain calm as you inform your teen of the logical consequence so that it doesn't come across as revenge.

Although you communicate your respect for your teens and for their decisions by letting them choose their actions, the system of natural or logical consequences should not be used when matters of safety or legal issues are involved. For example, you don't say, "I'll let my teen drink and drive, and when he gets into an accident, he'll learn never do that again," or, "I'll let my teen sell drugs, and when he's arrested and thrown into jail, that'll teach him crime doesn't pay." For those kinds of misbehavior you have to use other methods of discipline.