What are the basics of female adolescence? 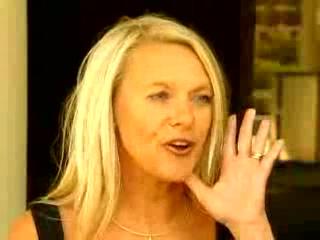 Adolescence is the time between childhood and adulthood. It stretches over a number of years and includes physical changes to the body, as well as mental and psychological development.

Girls usually begin their physical transition into womanhood starting somewhere between age 8 and 12, although there is wide variation. Genetics has a role to play, with many girls beginning puberty at about the same age that their mothers did. FSH (Follicle Stimulating Hormone) is released by the pituitary gland, causing a number of bodily developments. The first noticeable change is the swelling of the area around the nipples. The breasts will continue to enlarge and develop over the next few years. Pubic hair starts growing shortly after breast development begins. Girls will also go through growth spurts starting at about age 9. They will become taller, the hips will widen and the waist start to show, and there is a corresponding increase in weight. Often the hands and feet will grow first, then arms and legs and finally the rest of the body; this can leave young women feeling very awkward.

Some girls begin to menstruate as early as 10, though most start a little later. It takes some time for periods to become regular. Underarm hair usually starts to grow around this time, and girls begin to sweat more and have oily skin, which may lead to acne. The transformation into a mature woman's body is generally completed by age 16 to 18.

Girls also develop intellectually and psychologically, and not all of it is easy to get through. Adolescent girls often go through periods of moodiness or emotional swings, and they begin to challenge the authority figures in their lives. They may fall in love and begin to think about relationships. They learn to think beyond the present; society, politics and long-term consequences come into focus. Hormonal changes in the body fuel these developments, but much of it is influenced by their culture and surroundings.

How to Choose Toys for a Child
Braces! How to Keep a Healthy Smile Through the Wires
Top 10 Picky Eater Tips