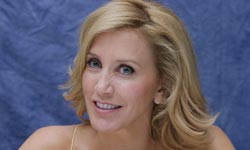 Lynette Scavo is a manipulative mom who hails from Wisteria Lane, but is well on her way to earning the title of worst mom on the block. And for the ABC melodrama "Desperate Housewives," that's saying something. One of her most misguided parenting moves? Lynette hired her receptionist to kidnap her twin boys, just to teach her husband a lesson in responsibility. Speaking of which, this is the same woman who once released a rat into her home to make her husband think he needed to take the housework up a notch. Unfortunately, releasing the scaly tailed creature made her baby and other children potential targets for the creepy crawly diseases rats carry. And to top it off, she murdered her son's imaginary friend out of jealousy. Way to go, mom!