by Laurie L. Dove
Prev NEXT
10 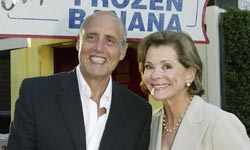 George Sr. and Lucille Bluth of "Arrested Development" aren't great parents, but they are good at teaching their children a lesson or two. During the children's formative years, the Bluths often hired a one-armed man to have his prosthetic arm ripped off in front of their children. This versatile teaching tool was used to remind them to leave a note if they drank the last of the milk or to close the front door when the air conditioner was on. Effective, if not traumatic. Now that their children are grown, the Bluths use similarly dysfunctional tactics to keep them in line. At least there's something to be said about parenting consistently.