10 Things Your Teen Wishes You Knew 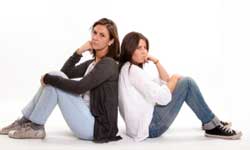 Even when your teen seems remote and uncommunicative she wishes you knew more about her.
iStockphoto/Thinkstock

Your darling baby has grown into that strangely opinionated creature -- the teenager. But that doesn't mean he or she doesn't still long for a special connection with you. Deep down, your prickly pear of an adolescent is still the same 2-year-old who aches for your acceptance and admiration. Rest assured, though, your teen will rarely admit it.

That's why we've uncovered 10 things your teen secretly wants from you. From personal space to proper punishments, teens wish for a controlled environment they can rail against. And, they hope you won't shop at Forever 21 -- at least not for yourself. After all, parents need boundaries, too.

Let's start with the most important wish: acceptance. 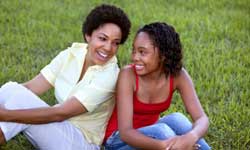 Everyone wants to accepted for themselves.
Dorgie Productions/Photographers Choice/Getty Images

If you're not at odds with your teenagers -- at least occasionally -- you're probably in the minority. After all, there are plenty of things to argue about: hemlines, hairstyles, curfews, texting limits and, of course, homework. Whether your teen is a high academic achiever or has grades dipping into the D-zone, researchers says the No. 1 issue families fight about is schoolwork.

If you're wondering what this has to do with acceptance, the answer is "everything." You might not like the fact that your teenager takes twice as long to do her homework because she's flipping between her books and her Facebook page. But, if she's still managing to complete her academic tasks, it's time to accept her method.

The same goes for the myriad other things you could argue about, like how to load the dishwasher or fold the laundry. It's fine for your teenager to do things differently. Just remind yourself (we secretly chant this phrase Om-style in our heads when our teenagers are around): There's more than one way to do things.

On a purely biological level, your teen's brain is beginning to process information in a different way. To you, these cellular changes may look a lot like rebellion. The good news is that most teenagers aren't going against your parental grain just to spite their parents, at least not in the stereotypical ways portrayed on most TV sitcoms. What they're actually doing is forming their own moral codes by formulating, and then testing, their own feelings and opinions.

Sounds like serious stuff, doesn't it? You bet. And that's exactly why you should take your teen seriously, too. It might seem like your teenager is suddenly a polar opposite. She may protest a war, while you may have fought in one. He may consider technical training despite your Ivy League education. Whatever issue they're working through, your best bet is to take them seriously rather than making fun of them.

8: Be My Parent, Not My Friend 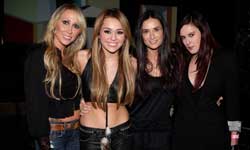 Like mother, like daughter is not always a good idea. Here's Miley Cyrus and her lookalike mom celebrating her 18th birthday (with Demi Moore and her daughter).
Jeff Vespa/MC/WireImage

OK, let's get one thing straight. We're not advocating you take a strictly authoritarian approach with your teen. If there's one thing sure to fail, it's barking orders all the live-long day. That said, you shouldn't be a wishy-washy parent, either. Teenagers need parents who allow them to make an increasing number of their own decisions -- within the safety of a larger set of boundaries.

OK, let's get one thing straight. We're not advocating you take a strictly authoritarian approach with your teen. If there's one thing sure to fail, it's barking orders all the live-long day. That said, you shouldn't be a wishy-washy parent, either. Teenagers need parents who allow them to make an increasing number of their own decisions -- within the safety of a larger set of boundaries.

After all, few things prepare a teenager for the real-world more than learning the art of educated discussion. If your teen doesn't agree with a stringent rule, be willing to hear him or her out. The ability to express a point of view in an intelligent fashion will become a lifelong benefit.

7: Find Out What I'm Really Dealing With

During your child's teenage years, he or she will encounter some rough realities. The microcosm of high school often includes bullies, sex, alcohol, drugs, emotional blackmail and other not-so-great encounters. And that doesn't even include what your teen's exposed to through reality shows like "Jersey Shore." You can't shelter your teen from everything, but you can combat it by understanding what they're up against -- and then taking action.

Your actions will catch your teenager's attention in ways that your words never will. Instead of only telling your daughter to be more assertive with her overbearing boyfriend, model the behavior with your husband. Don't just tell your son to be more empathetic while bottling up your own emotions. Research shows teenagers are more resilient, get better grades and become more self-reliant when they have a secure attachment to an adult. Wouldn't you like it to be you? 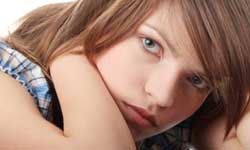 Sometimes all a teen needs is some time be alone.
Hemera/Thinkstock

Your parenting instincts have always served you well. From early on, your maternal radar alerted you if your child was playing far too quietly out of sight; if only we could count the number of self-inflicted haircuts or marker-to-wall murals this sixth sense has prevented. Now, however, your instincts may be steering you wrong. Especially if you're in the middle of an, ahem, "spirited" discussion with your teen. The flood of emotions you feel may prevent you from doing the one thing that could throw a little water on the flames: Give your teenager some space.

Turns out arguing with your teenager may cause you to revert to the same emotional age, thanks to neurons that fire in excess within your brain. This causes your heart rate to increase and your thinking to become distorted, making it impossible to see any gray areas where you might be wrong. The solution? Take a breather. When you don't see eye-to-eye with your teen, it's time to make sure at least one of you is a grown-up. Offering your teenager some space may just be the solution. You can always revisit the issue later, when you're both feeling a little less emotional.

If your teenager insists she isn't up to anything sinister (or even rule-breaking), take her at face value -- especially if you don't have any evidence to the contrary. Too often, teenagers get a bad rap. The vast majority of teens don't cotton to same defiant behaviors as their stereotypical counterparts on TV.

Let your suspicions lag. Part of what you're feeling is a natural separation between you and your child. Odds are, she's not really being secretive. She's just experiencing a completely normal need for increased privacy. And, she's past the I-just-got-home-from-school-and-need-to-tell-you-something stage that characterized her tweens. Accept that she's not going to share every little detail about her emerging adulthood. At least, not right now. 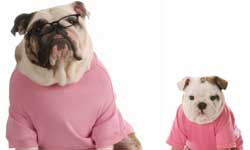 Your teen's probably trying different clothing and hair styles as quickly as one might change from one Halloween costume to another. This, in itself, is no cause for alarm. Your teenager's simply trying to figure out what his or her individuality all means. It's a way of separating themselves from you and standing out from their peers (even though it may look a lot like "fitting in" to you). This bid to be different is also your teenager's way to gain validation from you.

So, it only makes sense that you should refrain from dressing like your teen. It may sound obvious, but wearing the same styles as your teenager son or daughter will probably drive them to fashionable extremes in an effort to set their look apart from yours. The same goes for commandeering your teen's speech. Don't greet your teen with a rousing, "Holla!" And by all means, don't tell your teen's friends that's just how you roll.

You've been an authority figure from the time your teenager was an infant, so you've probably fooled yourself into thinking you know everything. But, as your teen is quick to point out, you really don’t. Even if you are right 100 percent of the time, there's no reason to lord it over your teenager. Part of parenting teens is offering them ways to save face -- and teaching them how to reflect on their poor decisions.

Not that we'd know, but let's say your teenage daughter drives her car to a friend's house for a sleepover. Sometime around midnight, while your teenager's hanging out in the driveway with her buddies, she decides to test her ninja skills on her car's exterior. The result? A teenage size dent in the driver's side door.

Clearly, there was some poor decision-making going on. After you've calmed down (remember what we said about giving your teenager space?), ask your teenager to write a note. It may sound hokey, but the idea is to teach your teen how to self-reflect. Where did she go off-track? What would she do differently? How could she have avoided the problem? And, here's the kicker: Based on the quality of your teen's own behavioral critique, you can heighten or lessen the consequences. A great note may result in a minor grounding. Poorly done, and your teen could be getting a part-time job to pay for the repairs.

"It's just a phase." How many times has the parent of a teenager heard this sage advice? The bad decision-making and poor manners that's been chalked up to an unfortunate phase teenagers put the rest of us through, is so much more than a phase. And we're not talking hormone surges, either.

Researchers now know this behavior has a biological basis. Turns out, teenagers can't help some of their dramatic reactions or seemingly irresponsible decisions -- all because of a massive shift in the "thinking" part of the brain. At about age 12, the prefrontal cortex undergoes a massive rewiring, wiping out about half of the brain's "thinking" neurons, and these changes continue well into the 20s. (Explains a lot about your freshman year in college, doesn't it?)

1: Pay Attention to Me

Paying attention to your teen sounds simple enough. Sure, you keep tabs on your son's grades and insist on knowing exactly who your daughter's with on a Friday night. But the kind of attention your teenager really needs requires so much more.

When you spend time with your teen, you model how much you care. Although this can be done in a variety of ways -- whether shopping or shooting hoops -- every activity has two important things in common: listening and validating. By doing both, you boost your teen's self-esteem. This prompts a fortuitous cycle in which your teenager feels good about herself, makes better decisions and then feels even better about herself. In short, paying attention to your teen helps build character.

The Kids are All Right.

A 2009 survey by the Girl Scouts of the USA found that 62 percent of young people wouldn't cheat on a test, compared to half in 1989. Also, 58 percent would refuse an alcoholic drink if offered at a party compared to 46 percent in 1989.