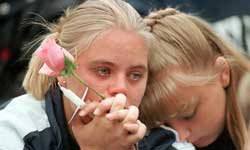 The idea that a teenager -- whose world should be full of hope and possibility -- could take his or her own life is a staggering one. Still, for many families of teenagers, this form of premature death has become a reality.

In 2007, the most recent year for which data is available, the Centers for Disease Control and Prevention (CDC) reported suicide was the third leading cause of death for American young people ages 10 to 24, resulting in about 4,500 lives lost each year. The same agency also reported an estimated 11 non-fatal suicide attempts for each successful one. In fact, each year nearly 150,000 people between age 15 and 24 are treated in emergency rooms for self-inflicted injuries.

Perhaps just as alarming is a CDC survey of high school students. Turns out, a staggering 15 percent have seriously considered suicide within the previous 12 months.

Although teen suicide is a hard thing to think about, it's crucial we break though the myths surrounding it. There's simply no better way to prevent it.

While it's not true that suicide is contagious, if someone close to your teen has committed suicide, it's time to monitor your teen's state of mind. That's because there's sure to be a misguided perception that suicide rates are surging.

Although it may feel that way to your teen, he or she needs to know the facts: Even if a trio of teens at the local high school have killed themselves, it doesn't translate into a sharp uptick in the nation's suicide rate as a whole. The truth is, suicides that occur in geographic clusters aren't well understood. Experts suggest media coverage, or the drama surrounding memorials for successfully suicidal teens, may be the primary commonality when one death follows another. The simple fact that your teenager was exposed to suicide is a risk factor, and could leave him or her feeling vulnerable.

Without some fact-based information, your teen may begin to feel that suicide is now a "normal" part of growing up -- and a very real option if he or she is in a funk or confronted with a traumatic situation.

Depression is the Only Cause 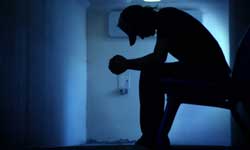 While many teens who commit suicide are depressed, that is not the only cause.
Hemera/Thinkstock

Teenagers are prone to depression, thanks to wonky sleep cycles and roaring hormones. Worse yet, they lack the life experience to even realized they're depressed -- attributing their blues to the sort of desperate hopelessness they think only they can feel. And, yes, teens who are depressed do need treatment because they're at an increased risk for suicide.

But suicidal tendencies aren't easily explained. When confronted with the realities of a teenager's self-inflicted death, most people are quick to assume it was prompted by depression. But that's simply not true. For many teens, the idea to attempt suicide is caused by fleeting emotions -- not the kind of major sadness that lingers. They simply want a quick escape from a situation that feels really sad or impossible to deal with. The impetus behind their suicidal thoughts could be lots of different things, ranging from shame to fear of rejection.

Teens are All Talk

Sure, teens tend to run off at the mouth. But when it comes to suicide talk, you'd better take them seriously. Your teenage son, for example, may not put his money where his mouth is when it comes to fixing up the family roadster or doing his fair share of the chores, but the same can't be said of suicide threats.

The truth is, teens who talk about committing suicide just might do it. Even if your teen passes it off as a joke, take it seriously. This is one time when it's OK to overreact. And don't assume this is something that will go away with time. If your teenager is talking about suicide, now is the time to step in. Hopefully you've already laid the groundwork to have some honest, open discussions about your teen's true intentions and feelings. But even if you haven't, you should take action. Enlist the help of a professional if you must. Just don't ignore a teen's suicidal talk.

Suicide is always a shock, but it's not without warning. In fact, most teenagers -- either through their behavior or conversation -- exhibit any number of warning signs. The key is knowing what to watch for, whether serious or seemingly inconsequential.

Teenagers who drink alcohol, use drugs, run away from home or withdraw from friends and family are at great risk for suicide. But so are teenagers who don't sleep well, act sullen, appear bored, draw pictures about death or change their eating habits. Even a bad grade in school or trouble with a girlfriend or boyfriend could signal an upcoming suicide attempt.

The idea that there are so many potential warning signs may seem a bit overwhelming, but that's why it pays big dividends to stay tuned in to your teen's internal life. Paying attention also will help you determine whether your teen's sullen attitude is just a normal phase or a sign of a more serious problem, like depression. Depressed teens may exhibit severe trouble concentrating, feel really sad for more than two weeks' time, become quick to anger, isolate themselves from friends or activities, or say they feel "empty" or "hopeless."

Of the reported suicides in the 10 to 24 age group, 83 percent of the deaths were boys and 17 percent were girls, according to the Centers for Disease Control and Prevention. However, girls are more likely to attempt suicide than boys. 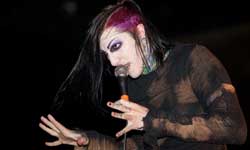 While some heavy metal bands do sing about suicide, there is not evidence that listening to certain kinds of music will increase the risk of taking your own life.
Christopher Polk/WireImage/Getty Images

Your son is holed up in his room rocking his heavy metal heart out. Sure, the lyrics are dark -- and sometimes even refer to suicide -- but are your son's musical tastes putting him at risk for suicide? No. There's simply not a link between listening to rock music and suicide. The same goes for country, alternative, folk or any other genre.

Although heavy metal could affect an already emotionally disturbed teen struggling with feelings of alienation, for most teens the tunes have a more positive effect. Researchers find that by listening to their heavy metal heroes, teens are purging residual anger and managing anxieties.

There's even debate about whether newspaper and television coverage (not to mention Internet buzz) glamorizes teens who have taken their own lives. But writing about suicide doesn't cause it, anymore than listening to music or reading books. If reported carefully by taking the time to detail the longstanding repercussions of a rash decision, suicide coverage can open a valuable dialogue within communities and families.

There's No Turning Back

Once a teen's decided to commit suicide, there's not talking her out of it, right? Not so.

The truth is, even teenagers who seem completely serious about killing themselves are still on the fence about the matter. Whether it's a rash decision or something they've pondered and planned for weeks, they're sure to have last-minute reservations. That's because most teenagers don't really want to die. They just want to feel better; they'd give anything to stop the pain they feel. This makes it vital to help teenagers understand that suicide is a permanent solution to a temporary problem.

The good news is that most teenagers welcome help -- either from parents or professionals -- to ease the pain of their feelings. Even if your teenager needs prompting to open up to a professional, doing so can be an invaluable tool in saving his or her life.

Targets are More at Risk 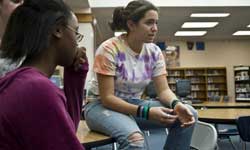 It's only natural to seek a simple answer to the complex questions teenage suicide prompts. Unfortunately, there is probably not a singular factor that, if addressed, could have prevented a suicide. In hindsight, a lot of emphasis is put on a teen's social situation -- like whether he or she was bullied for being smart, gay or overweight, for example. The reality, though, is that even though it's terrible a teen was victimized, it doesn't explain the decision to commit suicide. It doesn't affect the decision any more than experiencing divorce or drinking alcohol does.

In general, teens aren't more at risk for suicide because of their sexual preference, body composition or book smarts, but there is one exception to this myth: physical violence. According to the Centers for Disease Control and Prevention, teenagers who are threatened or injured by a peer are three times more likely to harm themselves.

Teen Suicide Rates are on the Rise

If you know a teen who has killed himself or herself, it probably feels like adolescent suicide has reached epidemic proportions -- an understandable reaction to such a horrific event. However, although teen suicide numbers feel like they're on the climb, quite the opposite is true.

The Centers for Disease Control and Prevention (CDC) tracks suicide rates by age group throughout the United States. From 1991 to 2006, the most recent year for which data is available, the suicide rate among people ages 10 to 24 has actually been declining. In 1991, there were about 9 suicides for every 100,000 people. By 2006, that number had dropped to 7 suicides for every 100,000 people.

This decline has been attributed to an increase in the use of anti-depressants, as well as a national campaign to reduce the availability of firearms -- the leading means of self-inflicted suicide among teens. Unfortunately, even one suicide in a million is too many. 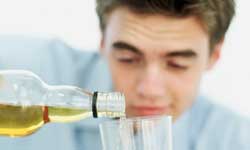 Teens who drink and use drugs are more likely to commit suicide.
George Doyle/Stockbyte/Thinkstock

Teenagers who dabble in drugs and alcohol are more likely to commit suicide. That's because alcohol (and some drugs) can mess up a teen's brain chemistry, causing him or her to become depressed. Likewise, alcohol can make an already depressed teen feel even more so.

Combine alcohol's penchant for triggering or enhancing depression with its ability to impair good decisions and you can see why it could stoke a smoldering fire. It's like dousing a forest in lighter fluid, discarding a lit cigarette and hoping for a good outcome. It just isn't going to happen. In fact a study that appeared in the journal "Pediatrics" showed that kids who began drinking as a pre-teen were three times more likely to attempt suicide than their non-drinking peers.

It Couldn't Happen to Your Child

Your teenager couldn't possibly be at risk for suicide, right? Unfortunately, you could be making a deadly mistake if you're assuming your child is above risk. Pay attention, even if your teenager doesn't have any typical warning signs. After all, most suicidal people don't exhibit alarming behaviors. They're not psychotic or insane. Their internal turmoil is, however, just as serious.

As you may recall, the teenage years are full of profoundly felt emotions. So talk to your teen. All the time. Even if he doesn't act like he wants you around. If you're consistently present in your teenager's life, you offer an outlet. And your teenager may surprise you by sharing some very personal information at the most unexpected times. What starts as the simple act of clearing the supper table together may turn into a soul-baring conversation. If you aren't there to listen, you'll miss it.

What's more, don't be afraid to talk to your teen about suicide. Simply talking about suicide won't make your teenager more likely to try it. It may seem counterintuitive, but a few frank conversations about suicide could have quite the opposite effect -- making you your child's most effective life preserver.