Where can single parents meet?

Browse the article Where can single parents meet? 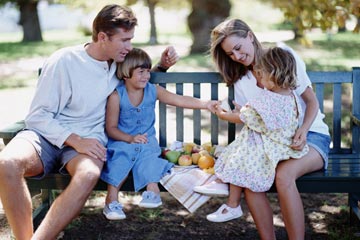 The responsibilities of being a single parent might make it hard to meet other parents, but there are a few ways to intentionally meet someone. See more parenting pictures.
Taxi/Getty Images

As a single parent, there are probably a lot of obstacles in your day-to-day life, and trying to meet other single parents who understand your situation might seem impossible. With work, running errands and spending time with your child, you might feel like you're lacking the time and resources to meet new people.

Although you might be ready to start dating or find new friends, it can be difficult at first to master the delicate balance between caring for you child and investing in your personal life. Many meet-ups and groups specifically target single parents and offer activities for their children, too -- a welcome option for many busy parents.

Throughout this article, we'll take a look at an array of services and opportunities for single parents to meet other single parents. Although many of these services are traditionally thought of as existing only for dating purposes -- and that is sometimes the case -- plenty of them operate simply as meeting spots where people can get to know one another and take the relationship in the direction they choose, whether toward friendship or romance.

Some of the most popular services are dating and networking Web sites, which we'll have a look at in the next section.

Although these sites can be both paid and free, most paid sites will offer a free trial for a short period of time so you can search for other users' profiles in your area. This might not seem particularly helpful if you're in a major city with countless potential users on the site, but people in smaller towns -- where the number of users is likely to be smaller -- may benefit from being able to sneak a quick preview before signing over any cash. After the free trial you'll be prompted to sign up for a monthly subscription with monthly fees ranging from an average of $8 to $60, depending on the service. Free sites might be more enticing, but consider that an open-enrollment process might make profiles less reliable because people have no real investment for creating accurate profiles. You should browse several services and decide which one is best suited for you.

Depending on the site you choose, the process for meeting someone will vary. In most cases, you'll create a profile by categorizing yourself and your interests, such as personal preferences and hobbies. Then the Web site will run an algorithm to pair your profile up with others who could be possible matches. You can contact other users based on the potential matches or simply by browsing others' profiles.

Because of the vast majority of dating sites available, you may find yourself leaning toward smaller, single-parent-specific sites. Many of these even offer in-person mixers for single parents instead of one-on-one dating. These can be a viable, less risky alternative because they allow you to meet people in a group setting.

If meeting people face-to-face is more your style, read on to find out what options are available for you. 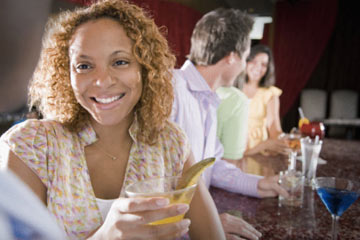 Many clubs may hold a special night for single parents.
Paul Burns/Photodisc/Getty Images

If the Internet still isn't your idea of a good way to meet people, you'll be happy to know that traditional, in-person dating services still exist. Although many of these meetings are organized through Web sites, you might find that the local newspaper or an events center's bulletin board could also be a source for many of the events. If you keep your eyes peeled for flyers and signs, chances are you'll start noticing more of them around town.

One of the more popular of these methods is speed dating. Although it differs slightly from service to service, the essential process is to get a bunch of single people in a room together and have them rotate from table to table, having a series of quick one-on-one conversations with a variety of people as they go. Many of these services cater to certain age groups as well as lifestyles, so you may not have much difficulty finding a night specifically dedicated to single parents.

The options don't end at speed dating. Nightclubs, restaurants and bars often offer singles nights and may occasionally cater to single parents. Depending on where you live, you might also find social clubs that create events for the purpose of meeting new people. These may include a variety of activities like hiking, biking, jogging or skiing, but some cities will also offer indoor events such as karaoke, book clubs or game nights. Depending on your interests and hobbies, you should be able to find a club that suits you well.

These types of services often fall somewhere in between online dating and meeting other people in your everyday life. They may be an excellent fit for single parents who are intentionally looking for people to share activities with, but don't quite know how to go about it. If you're more interested in the age-old method of meeting naturally, read on.

Although using services such as speed dating and Internet meetings might be appealing for some people, many still consider the old-fashioned ways of forming relationships to be a bit more appealing. It can be difficult for single parents to meet other single parents out in the real world, but putting yourself in certain situations can help improve your chances for meeting and connecting with someone.

The first and probably easiest thing to consider is places you'll already be. This can range from your child's events to your own. Be open and willing to talk with people while at your child's sports games, dance lessons and even PTA or PTO meetings, for example. You may be surprised by the number of other parents in a similar circumstance, and it could be an excellent way to network and meet new people. Since you've already got something in common, it may be a bit easier to start a conversation there than it might be on a one-on-one date.

Clubs and classes are also an excellent way to network and meet people, even if you aren't there on a special singles night, as discussed on the previous page. If you have an interest or hobby, chances are there are clubs in your area that support them. These can range from book clubs to fishing groups. You should be able to find meetings in your area by searching the Internet or local bulletin boards at your library or event center. By participating in these activities regularly, you can develop a hobby while also putting yourself in situations where you could meet other single parents, even without that being your main intention.

Adult education is also an outstanding way to meet people -- especially other single parents, because many use that as a time to learn new skills that could benefit them and their children. If there has been something you've always been itching to learn -- say, croquet or woodworking -- odds are that a local university or specialty shop is offering classes.

The key with all of these methods is to keep an open mind and open line of communication with other single parents and your child. You'll also want to make sure you keep your child informed about what you're doing and thinking -- to the degree that you feel comfortable -- while still maintaining a life of your own.

For more information on how to meet other single parents and related topics, read on to the next page.