When should a child be tested for ADHD? 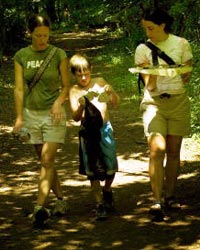 Attention deficit hyperactivity disorder (ADHD) is one of the most common mental disorders in children, according to the National Institute of Mental Health (NIMH) [source: National Institute of Mental Health]. In the United States, about 7 percent of children between the ages of 5 and 17 have been diagnosed with ADHD, with boys more likely than girls to have the condition [source: Centers for Disease Control].

The first signs of ADHD usually manifest over a few years in early childhood, and most children with the condition show clear signs by first grade. Elementary school teachers are often the ones who recommend that parents have their child tested for ADHD, but many parents and preschool teachers suspect the condition at an earlier age and wonder if testing would be beneficial. However, what may look like ADHD in a preschooler could be another condition, such as a hearing or speech problem, a learning disorder, fetal alcohol syndrome or autism. Parents should always consult a specialist for proper diagnosis in preschoolers.

There are three subtypes of ADHD: inattentive, hyperactive/impulsive and a combination of the two types. Children with inattentive ADHD have trouble paying attention and following directions and are easily distracted. Organization is a problem, and they often lose things. The hyperactive/impulsive type, on the other hand, manifests in disruptive and inappropriate behavior. These children often interrupt others when speaking, sometimes, for example, shouting out an answer before a teacher has finished asking a question. Fidgeting and squirming is common behavior, and the child may get up from his desk and run around the classroom. Children with the combination type show symptoms from each category.

Psychiatrists, psychologists, pediatricians and neurologists can diagnose and treat ADHD. Psychologists can't prescribe medications, however, and pediatricians may not be trained to counsel parents and children. No single test for ADHD exists, and doctors rely on observation and interviews with parents, babysitters and teachers to make a diagnosis. The child should meet the criteria outlined in the Diagnostic and Statistical Manual of Mental Disorders (DSM), published by the American Psychiatric Association (APA). He or she must exhibit at least six of these signs and symptoms described in the manual and have done so since the age of 7. They should've also occurred in at least two settings, such as at home and in school.

For lots more information on childhood behavior and related topics, see the links on the next page.

10 Mistakes Parents Can Make
Top 5 Healthy Activities for Toddlers
Does Being a Stay at Home Mom Benefit Your Kids?