Browse the article What are some of the different parenting styles? 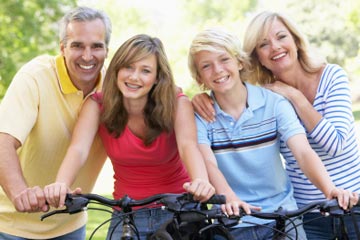 When we refer to parenting styles, we're not referring to any one particular thing a parent may do, but rather, broadly grouped approaches that take several different factors into account. Using "time-outs" doesn't necessarily fall into one style or another, but the context and frequency with which they're used is dependent on one style or another.

Parenting styles have been studied by developmental psychologists since the 1920s. Of course, the beliefs of experts have changed over the years, as well as social mores and overall awareness of child development by parent and psychologist alike. Some of these "styles" were first identified and defined by psychologist Diana Baumrind. Others have emerged independently, as new parenting trends, fashions and approaches came into being (such as attachment parenting, which we'll learn about shortly).

Regardless of the style, each represents a traditional and acceptable variation in parenting. So what are your options? If you're currently wearing your child as a semi-permanent accessory, you may be familiar with the first one we'll discuss. 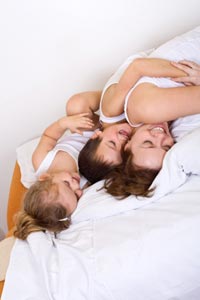 The style of authoritarian parenting didn't come by its name by accident. In this style of parenting (which was defined by Diana Baumrind), parents interact with kids through commands and directives. They leave no room for debate, and children have no hope of overruling decisions handed down by what is essentially the Household Supreme Court. Authoritarian parents maintain strict discipline, and moral and behavioral issues are very black-and-white. The gray area is left for other parenting styles to sort out.

When laying down the rules, parents using this approach don't put much effort into exploring the reasons why certain things must be done a certain way. They don't get embroiled in deep philosophical debates with their kids or give them leeway should rules be bent. Authoritarian parents tend to micromanage their child's life and provide endless rules in order to govern every aspect of it. Punishment tends to be excessive.

At best, a child raised with this style is extremely disciplined and obedient and has a clear concept of right versus wrong. At worst, a child of authoritarian parents can't direct his or her own actions, suffers from high anxiety and low self-esteem, and can't determine right or wrong when placed in situations that fall outside the framework of household laws.

Next, we'll explore the parenting style that kids growing up under authoritarian regimes only dream of.

The style of permissive parenting (also recognized by Baumrind) is essentially the polar opposite of authoritarian parenting. Instead of laying down the law to a child, a permissive parent tends to respond positively to the demands of the child. Wishes are fulfilled, toys are purchased, and "wants" generally are handled like "needs." In many cases, kids get to live the carefree childhood that their parents may not have had in their youth.

Using this style (whether consciously or by default), permissive parents strive to create a warm, supportive environment that fosters individuality. Kids don't receive the same degree of direct supervision as with other parenting styles, in the hope that the child will develop self-discipline. When discipline problems do arise, permissive parents aren't as responsive, and set low expectations for advancement in the child's maturity and level of responsibility.

A permissive parent usually tries to be friends with the child, instead of assuming the role of authority figure. Parents may pacify their children with gifts, games and distractions (especially if they feel they don't have enough time to spend with their kids).

One problem with permissive parenting is that it doesn't really integrate the child into the family/household structure. While given space to be a kid, the child isn't expected to help out with "adult" chores or even cleaning up their own messes. Using the permissive parenting style, you may raise a child to have a strong sense of individuality and mental flexibility. However, you may also raise a spoiled brat. 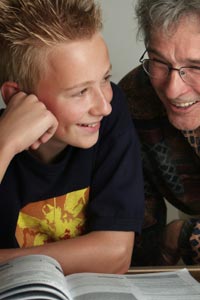 Authoritative parenting is meant to be the ideal blend between permissive and authoritarian.
©iStockphoto.com/mammamaart

Authoritative parenting attempts to provide a balanced approach that places importance on nurturing a child, but within appropriate behavioral boundaries.

The parent has expectations for the child that increase as the child grows older. Unlike permissive parenting, there is accountability. The authoritative parent doesn't ignore rebellion, and stands strong when a child refuses to do as told. However, unlike authoritarian parenting, the parent explains why things are done a certain way, not just how (and not just, "Now!"). While being firm and consistent, the parent makes an effort not to be invasive, intimidating or domineering.

Ideally, children raised under the style of authoritative parenting will be responsible, self-monitoring and self-confident. They will be able to make decisions about right and wrong based on a solid foundation of ethical instruction and discussion, and not just based on a list of do's and don'ts. When a child does stray outside the lines of acceptable behavior, he or she will understand the consequences of doing so. Authoritative parents don't rely on doling out punishment as a means of correcting behavior, but rather prefer to use positive reinforcement and encouragement when the child is behaving appropriately.

This style probably presents the most difficult balance to achieve, but Baumrind presented it as the best of the three styles she identified. Upon hearing this, permissive parents would probably let it slide, while authoritarian parents would send her to her room with a scolding.

The concepts behind the parenting style of active parenting are based upon the mid-20th-century research of social psychologists Alfred Adler and Rudolf Dreikurs. This was expanded by parenting expert Dr. Michael Popkin in 1983 with the introduction of the world’s first video-based parenting program, Active Parenting(TM), in which the term “active parenting” was introduced to a wider audience. In its contemporary form, active parenting involves a continuing quest on the part of the parents to improve their parenting skills and stay abreast of new developments in child psychology and teaching methods.

Active parents take a proactive approach to parenting, as opposed to waiting for problems or issues to develop before they are addressed. They try to beat the problem to the punch and increase a child's awareness of an inevitable childhood issue (such as bullying or peer pressure) before it arises in the child's life.

By focusing early on developing a foundation of self-esteem, confidence and responsibility, active parents hope to augment the integrity, character and decision-making skills of their children.

One big advantage of active parenting is that it breaks the cycle of raising your child the same way you were raised. Under this system, you're constantly studying and refining your own concept of what it means to be a good parent. This constant effort to become a better parent should in turn result in a better kid, and this symbiotic relationship can foster a mutual respect between parent and child. It also prevents the tendency of some parents to raise their children the exact opposite of how they were raised in an attempt to protect the child from the unhappiness and resentment they experienced in their own childhoods.

Active parenting has its disadvantages, too. It can be time-intensive, guilt-motivated, and include lots of fad techniques one may learn and employ out of fear of missing out on the next big breakthrough in raising children.

If you'd like to do more reading on parenting, check out the next page for lots more articles.