What is parental alienation syndrome? 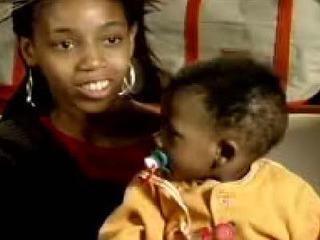 Parental Alienation Syndrome (PAS) is the situation where one parent (most often but not exclusively the mother) purposely alienates her children from their other parent. PAS usually comes about in cases of custody battles between parents, or as a marriage breaks down. The alienating parent effectively brainwashes the children that the other parent is bad, often claiming that he is abusive. The children learn to say that they hate their parent and/or don't want to see him. If the children are young or insecure enough, they will begin to truly believe that they don't want any contact with the alienated parent. In any case, the children internalize that in order to reduce conflict with the alienating parent, or to secure her love, they are expected to make statements against the alienated parent, and to confirm that this is their own opinion. Professionals dealing with child custody disputes are meant to take the wishes of the children into account and may not be able to differentiate between the child's true feelings and this type of "brainwashing." A parent may manipulate her children in this way in order to punish a partner she no longer loves, or to ensure her custodial rights. She may hope to be freed of the necessity of interacting with the other parent.

Behavior of this type was defined as a syndrome by Richard A. Gardener, but not everyone agrees with his analysis of the situation. There are those who claim that it is an unscientific and overly simplistic explanation of a complex situation, which can too easily be used to paint the custodial parent as manipulative. There may be real issues of abuse or neglect prompting the "alienating" parent to turn her children against their other parent, and many other psychological issues are at play in the interaction between divorced parents and their children. While it is clear that parental alienation does exist, and that parents (sometimes, both parents) may direct their children to say, and even feel negative things about their other parent, the existence of the syndrome is still in dispute.