Does your kid have a valentine? How to Deal with Young Love

Browse the article Does your kid have a valentine? How to Deal with Young Love 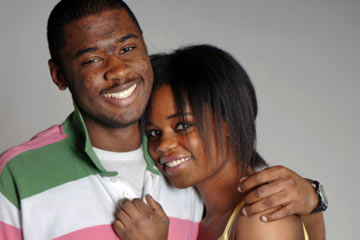 Young love is in the air. Are you ready to deal with it as the parent?
iStockphoto/Thinkstock

Ah, puppy love. Remember the thrill of getting a valentine from a secret admirer in middle or high school and becoming all googly-eyed about a new crush? Even if it happened 20, 30 or 40 years ago (gulp!), you can still probably recall the excitement -- and heartbreak -- of first love as if it happened yesterday.

Now that you have kids, the shoe's on the other foot. The minute your daughter or son comes home "in love," you're in new territory -- one that involves setting boundaries, enforcing rules and a bunch of worries. And let's not even go into the potential for awkward conversations. Not so dreamy this time around.

Your kid might start acting secretive and mysterious about this new relationship, but he or she could actually use your guidance right now. You need to set rules, but also be there for honest conversation and good advice -- and to help pick up the pieces if things don't end well.

Depending on the age and maturity of your child, you might not be ready for him or her to start dating. But let's assume you're OK with the idea -- as long as there are certain guidelines in place, of course. So, before this new relationship gets off the ground, you two should have an honest conversation about love. That's right ... it's time for "the talk."

You might have been putting it off for some time now. We do hope you had the "birds and bees" conversation with your kids long before they reached dating age, but maybe you haven't had the "are you ready for sex?" discussion yet. Don't worry, though -- it's never too late, and studies have shown that talking with your kids about sex doesn't encourage risky behavior. In fact, kids who have had the talk are much more likely to delay sex and also be safer about it.

You're probably feeling a bit awkward about the talk -- so just admit it as soon as you start chatting. Once you've cut the tension and laughed a little bit, you'll be able to talk more easily. Tailor the conversation to your child: Don't assume knowledge, but try not to overwhelm him or her with loads of information. Let your kid lead the way and see where it goes. And remember, this isn't a one-time chat -- it should be an ongoing dialogue.

The next step should be to meet this potential boyfriend or girlfriend. It doesn't have to be a formal, high-pressure situation, but you just want to make sure that he or she isn't wildly inappropriate (respectful and polite wouldn't hurt, either).

Once you've confirmed that your child isn't trying to date a 35-year-old axe murderer, you two should sit down again and work out the ground rules of this new relationship. 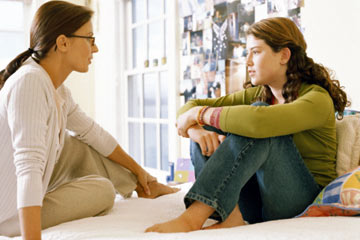 It's never too late to talk sex with your teen. Studies have shown that talking with your kids about sex doesn't encourage risky behavior. In fact, kids who have had the talk are much more likely to delay sex and also be safer about it.
Photodisc/Thinkstock

A lot of factors come into play when you're trying to set dating guidelines for a teenager. Of course, you're going to consider age, maturity and trustworthiness, but you should also take an honest look at yourself -- are you an overprotective parent or a more mellow type? Are you really OK with this situation or are you actually feeling pretty nervous about it?

Here are some issues to think about when teen love is in the air:

You'll also need to consider how you'll enforce these guidelines -- and how you'd handle it if things get out of hand. What do you do if your kid starts ignoring friends and schoolwork, spends too much money or if the relationship seems to be getting too serious?

Once you've set some boundaries, you should be more likely to sit back, relax and let things happen (at least we hope so). Be firm, but remember to have a sense of humor about it and be supportive of your child -- chances are, this relationship (and quite a few after it) isn't going to last forever.

For more information about parenting teenagers, check out the links on the next page.