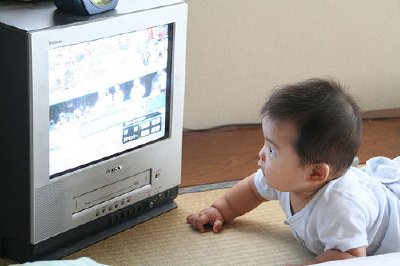 While young children may appear to enjoy watching video after video in one sitting, experts caution against exceeding the recommended amount. According to Claire Lerner, director of parenting resources for Zero to Three in Washington, D.C., children older than two should watch no more than 30 minutes of videos a day. "You don't want the video to replace the parent," she said.

Children who benefit most from the screen are those who interact with the parent simultaneously. "The more interactive they are, the more of a likelihood that learning will take place," Lerner said.

Watching together is also beneficial for the parent, who might otherwise be hard-pressed to find a creative way to extend the learning process. "Being part of the process will enable them to become part of the solution and better focus their discussions and selections of play materials," said Dr. Helen Boehm, a child development specialist and the author of The Official Guide to the Right Toys.

Dr. Dorothy Singer, senior research scientist at Yale University, also advises that parents talk about the video while viewing it together. "Point out similarities in real life, and ask questions even if you don't get real answers." This is something to keep in mind, especially for parents of babies who might otherwise think that their child won't be able to understand them.

"Whatever the video is doing, repeat it and make it a point that you explain what is happening," she said. That might be anything from singing to dancing along. Don't worry if you're not Ginger Rogers; your child will enjoy the fact that it's you who's doing the fancy footwork.

Dr. Gilliam seconds this notion, stressing how the interaction between parent and child is the best way to helping them learn. "Play with your baby -- and play often," he said. "Use lots of language, age-appropriate books and toys, and share fun and enjoyment."

Dr. Ari Brown, a pediatrician based in Austin, Texas, and a spokesperson for the American Academy of Pediatrics, suggests that parents preview what their child will watch beforehand and then watch it together. "Talking about the show afterwards help the child think about it," she said.

How to Reinforce Learning After the Video Is Over

The experts interviewed for this article agree that post-viewing conversations are essential to aiding the learning process.

For those who have just watched a video about pets and other neighborhood animals, Lerner suggests parents take a walk afterwards with their children and see real animals. "Applying what they have learned to real-life encounters makes the entire experience more meaningful and lasting," she said.

Dr. Steveanne Auerbach (a.k.a. Dr. Toy), a toy industry pundit, says that taking learning "outside the classroom" and into the real world adds context. "Follow up on expanded activities that relate to the videos when going on outings to the park or the store," she said.

Reinforce video learning with imaginative play, such as these blocks.
© Stacy

Creating a complete sensory experience takes the learning process to a whole other level, said Vicky Rideout, vice president and director of The Kaiser Foundation's program for the Study of Entertainment Media and Health. "Hopefully, children are learning more from their parents than they are from the videos."

Aside from a basic chat, she suggests parents touch things, name different objects, and count the things they see with their child. Don't forget to reintroduce what's been learned at another point in time. The opportunities and synchronicities can actually be more than you initially realize.

"Refer back to the content at appropriate times. Even when you shop or go on a trip, there may be content similar to what was shown." Singer said. A trip to the zoo might jog a child's memory to recall the zebra he or she saw while watching "Baby Noah Animal Expedition."

In addition, picture books that recall earlier images seen on tape are a useful tool for extending the learning. Singer suggests telling your own story starring an object or creature that may have appeared in one of the videos.

For Keri Puglisi of Northport, N.Y., her two-and-a-half-year-old son's experience with "Baby Einstein" has been educational right from the start. Instead of letting Michael watch the videos alone, she joins him so they can talk about what he is seeing on screen and where these objects appear in his everyday world.

While watching "Baby Galileo Discovering the Sky," Puglisi points out the moon in the video, repeats that the moon is in the sky, and asks about the location of the moon. "Then we'll go over to the window and look up at the sky," she said. Because this video is a quiet and soothing one, they usually watch it before bedtime.

Watching "Baby Monet Discovering the Seasons" helps prime Michael for a chat about the four seasons. "When they show winter, we talk about what we do then: It's cold, it snows, we build snowmen," Puglisi said.

And even when the "Baby Einstein" video topics are more general, she says they still lend themselves to a discussion. "We may talk about the toys we see on screen, and I'll say something like, 'Look at the top. It's spinning. It's yellow. It's going very fast.'"

Puglisi engages Michael in playtime activities that relate back to some of his favorites. After "Baby Einstein Meet the Orchestra" is over, he "plays" his own instruments using items found around the house. An empty wrapping paper tube becomes a bassoon. "Michael knows every instrument in each section and loves to pretend to play things," she said.

A parent's ability to translate what's been viewed into a real-world experience is a way to engage a child in an interactive experience that makes learning fun. In the final section, we'll provide a rundown of the titles that make up the "Baby Einstein" video collection and include some tips to enhance the viewing experience.