5 Tips for Leaving Work at the Office 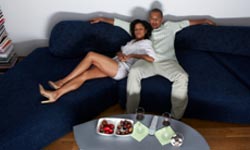 Image Gallery: Stress Relief Gain yourself some downtime by learning how to say, "Too bad, I'm off the clock." See pictures of stress relief.
Chris Clinton/Lifesize/Thinkstock

You've just had dinner and are settling in on the back porch with a glass of wine and a good book, when all of a sudden you hear a blood-chilling sound: the nagging chime of your BlackBerry. Apparently, someone from work is blissfully unaware of the fact that you're at an absolutely gripping spot in your story and want nothing more than a break from all the office madness that plagued your day.

Sadly, clocking out at 5:00 these days is often nothing more than a technicality that allows human resources to square the books. Work follows tired employees home and spoils what ought to have been perfectly relaxing evenings. But if you're one of those people who can't seem to unshackle themselves from the demands of the job, there's still hope. Sure, during crunch time, you may find yourself needing to clock a few hours working from the couch at night. But for most people, it's just a lack of boundaries that makes work pile up on the bedside table. If you follow a few simple tips, you'll regain your free time and enjoy a more carefree personal life.

Ready to get your freedom back? Then read on.

The first and most obvious step to breaking the shackles that are tying you to the office is to simply unchain yourself. Literally. People who are on call -- like, say, life-saving doctors -- obviously need to keep at least a pager handy, but for the rest of you: Turn it off. Whether it's a beeper or a cell phone, a smartphone or a laptop, unless they're actually paying you to be available 24/7, you're allowed to power down these various company-issued electronic nuisances. Instead, deal with any issues that arise during your private time when you're back at work and on company time.

It's incredibly easy to get sucked into the vortex. One quick peek at your work e-mail account, for example, can turn into a disaster. All of a sudden, some little problem that could just as easily be dealt with in the a.m., starts to loom like a doomsday crisis that you must single-handedly settle. But you have to make a choice: Do you want to sit there furiously pounding away at your keyboard until everything is resolved straight away, or do you want to live up to that promise you made to take your kids on a walk to the park?

Because honestly, kids remember that kind of thing. So, sure, maybe you'll get a little raise for all your hard after-hours work, but you'll probably just end up shelling it out later on expensive attempts to make it up to them, or worse, on therapy to cope with neglect issues. Instead, switch off the BlackBerry, break out the walking shoes and get ready to start pushing some swings.

4: Wind Down the Workday 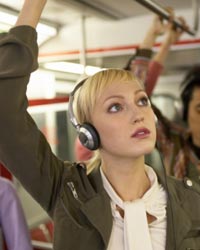 Music: It's great for tuning out noisy strangers, but less effective in terms of odd subway odors.
Darrin Klimek/Digital Vision/Thinkstock

So, how to make the transition between hard-working employee and fun-loving adult? Well, it starts while you're still at work. Keep a list of what you've got in the docket and update it at the end of each day. Take a few minutes to review and relax, going over everything you've accomplished and considering everything that's still left for you to do. Being organized can help settle any nagging feelings that you've left some tasks undone, which can fuel those impulses to check up on things once you arrive home.

Then during your commute, take it easy. Sure, it's tempting to start yelling at the guy who cut you off or fuming at the woman talking loudly on her cell phone on the subway, but that's not the best way to enter your evening. Try jamming to some music, soaking in some news or reading an engrossing book to get your mind off the day and any unpleasantness associated with the trip home.

When you get home, you'll be less tempted to get an update on what's going on back at the office, and ready to implement your next work-defying tip.

3: Transition into Me Time 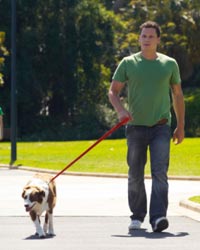 Even your dog thinks you work too hard.
Kane Skennar/Photodisc/Thinkstock

This tip comes into play when you arrive home. Stave off thoughts of immediately pulling out those files you need to sort through or papers you need to sign, and plan an activity to take your mind off things. Got a dog? Chances are it wouldn't mind a nice, long walk, instead of a short one just to take care of business.

So put on some comfy clothes and bust out the leash. If you're dog-less, consider heading to the gym, firing up the grill or just plain taking it easy. The goal here is to get a life and stop working like a maniac. So pick a hobby, whether it's bocce ball or basketball, and have fun! You can also make a dinner date, head to the movies, swing by the mall -- whatever floats your boat.

Now that the word "leisure" has entered your daily lexicon, you might notice that your workday is a little more hectic than before. But that's all right, we get into that on the next page.

Finding yourself a bit busy now that you've stopped letting work claw its way into your free time? That was to be expected, and what you need to do now is focus on your time management techniques.

Pretty much everyone, no matter how diligent they are, could make some improvements when it comes to saving time. Whether it's a cluttered desk, a chaotic browser bookmark list, or a mosaic of sticky notes, if you streamline your system, you'll definitely save some time and be able to fit more in before 5:00.

If you've tried everything and you're still swimming, however, it might be time to meet with your manager and discuss your workload. Don't feel like a failure, just explain that you were spending too much of your personal time keeping up with work, and you'd appreciate it if your boss would evaluate your workload and consider dialing it back a bit if it's truly excessive. You might be out of luck if your boss isn't so understanding, but it's at least worth a shot.

And that brings us to our final tip. Just like in the five stages of grief, your final stage here is acceptance. Not acceptance that you'll be spending all your future evenings slugging away at an endless stream of mind-numbing toils, but acceptance that yes, there probably will be some days when you'll have to allot some downtime to meet your deadlines.

But the important part is this: On days when it isn't absolutely necessary to log some hours away from your desk, don't. It's crucial to learn how to judge where a task ranks in terms of priority, and once you get the hang of it, you'll start to get a better grasp of when it's go-time and when it's time to go home and chill out. If you're following all the tips on this list, chances are more often than not you'll be free to do whatever suits your fancy, so don't feel too bad if once and a while you have to sacrifice a sunny day in exchange for getting some work done.

For lots more information on ways to save time and speed up your workflow, visit the links on the next page.

Are teens too young to go under the knife?
How can you apply for adoption of a child that you are a legal guardian for?
10 Best Movies About Being a Teenager