10 Pitfalls of Starting a Family Business

Browse the article 10 Pitfalls of Starting a Family Business 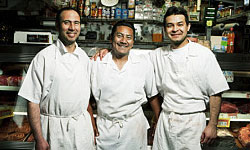 Starting a business with family is dangerous. You can never fall back on that old line from "The Godfather," "It's not personal Sonny. It's strictly business." Everything is personal. Just look at the Corleones -- maybe things would have ended better if they'd had a little outside advice.

Granted, most family businesses are along the lines of plant nurseries and Asian-fusion restaurants, but a surprisingly large amount of our advice could also apply to running a ruthless mafia syndicate. We're just saying. So, leave the gun and bring the cannoli to the next page for 10 pitfalls of starting a family business.

Failing to Check for Legal Problems

Say you and your sister start an LLC (limited liability company) to avoid paying taxes like a corporation and to shield yourselves from most of the debts that the company might incur if it went under. Say also that your sister is married to a shady swindler who never liked you and always wanted in on the business.

Potential legal problems have to be dealt with before they occur, not after the fact. What happens if your sister gets a divorce? Do you know just how much of your business this guy is entitled to? Most importantly, have you taken steps to make sure that he can't walk off with half of the company? 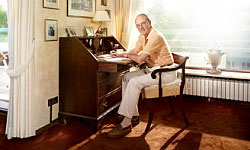 Before you retire, you've got to decide the fate of your business.
Jean-Claude Winkler/Getty Images

In a perfect world, the business you build is a legacy for your children. You set up that newspaper empire (assuming you're in the newspaper business) and then pass the company to your eldest child. After that, you get to spend your retirement napping with the grandkids and playing with your childhood sled.

But it doesn't always work out that way. In the absence of a set plan, family members and employees may fight for control of the company. Or even worse, they decide they want nothing to do with it. Calling in the lawyers to document your succession intentions five to 10 years before retiring is an absolute must. For extra security, prepare to negotiate a management buyout or to sell off the business if a dynasty isn't in the cards.

It's tempting to keep everything in the family. Your siblings will work for pennies, you can ignore child labor laws when you're hiring your own kids, and carpooling is a snap when everyone lives in the same house. Non-family employees, on the other hand, want things like stock options and a living wage. Ridiculous!

Sure, it may seem like a good idea to have an all-family staff, but hiring from outside is also vital. Your family members don't always have the perfect skill set, and someone has to be objective about the interests of the business (that is, their own economic interests) without letting emotions get in the way. It's also nice to have someone on staff who won't laugh if you try to fire him. 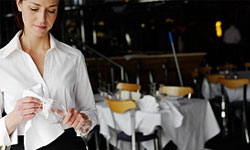 She's been working at your restaurant for 12 years. How will you reward her loyalty?
Bloom Productions/Getty Images

Every so often, a family-run business will develop a long-term employee, someone who's been working for 10 or 15 years. After a decade in the business, he starts to ask for (and maybe deserves) some vested interests in the company. While you want to keep him around and reward his work, it's problematic to let anyone outside the family have a minority stock share and the legal rights that come along with it. In order to keep valuable employees, family businesses need a solid bonus plan in place to distract irreplaceable workers who start sniffing around for stock options.

This is simultaneously the most obvious pitfall and the most difficult to avoid. And if you've started a family business, it's already happened. As soon as personal relationships get strained, you're risking the business -- try running a shareholder meeting when no one on the board of directors wants to talk to you.

Priorities have to be set early so that you know what's going to be sacrificed when business life and personal life butt heads. Or vice versa. It may very well be that you'll have to destroy one to save the other, so know in advance which is more important in case you have to cowboy up and put half your life on the chopping block. 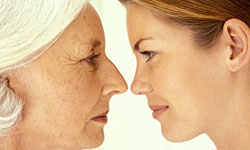 A power struggle between a woman and her mother-in-law is all kinds of ugly.
B2M Productions/Getty Images

Dividing up authority (and financial responsibility) may be a noble idea on paper, but a lot of people find that it's not the most efficient way to run a company. While there are times when equality is the best way to go, newly minted family business owners fail to keep in mind that relatives are already bringing in a preset power dynamic to work. That doesn't just shut down during the workday. Power struggles can affect not only day-to-day activities, but also result in massive amounts of energy wasted on long-term competition for authority positions. It's not exactly democratic, but an uneven distribution of executive power at least lets everybody know where they stand.

Not Planning Ahead for Family Rearrangements

The family you go into business with isn't going to stay the same. Status quo for the family doesn't equal status quo for business. Long sickness, a new marriage, divorce, adorable babies -- all can affect the amount of time a family member has to contribute to the business.

When a family dynamic shifts, it's not just an issue of one person picking up the slack. Often in small family businesses, every member has an irreplaceable role to fill. Make sure that you have someone waiting in the wings (or at least a back-up plan) for life's inevitable personal hiccups. 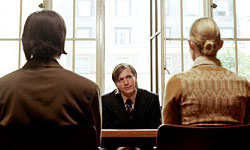 The more complicated the family and the more people involved in the business, the more likely there are to be fights. Actually, scratch that. No matter how few people or how little money is invested, there are bound to be fights. If you're starting a family business, you should know that disagreements are in your future, sure as tax season and the grave. Be prepared.

Have a procedure for dispute resolution staked out in advance, like a limited partnership agreement that allows for settlement through professional mediation. It's even possible to discourage abuse by structuring the agreement so that the losing party is responsible for the cost of mediation.

If you're planning on cosigning a business loan with someone, make sure you understand what you're doing. First, you're not just vouching for someone when you cosign a loan. You're agreeing to pay in full if he defaults, and if he misses even a single payment, you're liable for the debt. Second, never forget that the person you're cosigning for is a real-live credit risk -- if he had good credit, he wouldn't need a cosigner. Also, if possible, make sure that whatever is being bought with the loan is at least partially under your name so that you have some recourse should things go south.

Finally, know that defaulting on that loan could be disastrous for your relationship with the cosigner. If you have a nagging voice in the back of your head telling you that it's a bad idea, listen to that voice.

Lending Money in the Family 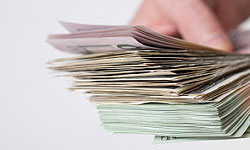 Know why you're lending money before you offer that loan.
Lisa Kyle Young/Getty Images

If practicality demands that money be loaned within the family, both the borrower and the lender need to examine the emotional complications that come with the loan. Is it motivated by a sense of guilt? Is it a test of the borrower's reliability? Is it going to change the way the two parties treat each other on a day-to-day basis? Enormous red warning lights and sirens should be going off in everyone's brains if the transaction is anything other than purely financial.