by Emilie Sennebogen
Prev NEXT
5 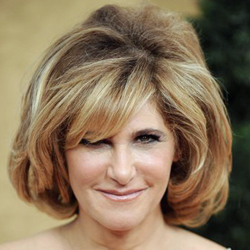 Amy Pascal is responsible for greenlighting some of film's most popular movies.
AP Photo/Evan Agostini

After 25 years in the business, though, it was time to add the role of mom to her impressive resume. When her son was little, she kept a crib in her office, and as he got older, she would get up extra early to spend time with him before leaving for her busy day. She's the first to admit that meshing children and her important role in the entertainment industry is a constant challenge, which she likens to "juggling mountains." But she also acknowledges how much her son changed her life, and she's committed to setting boundaries.