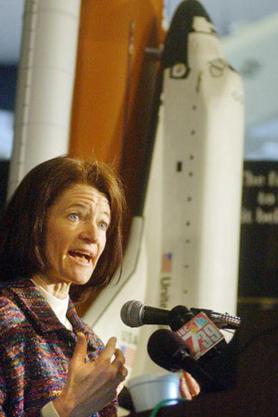 Man first walked on the moon in 1969, but an American woman didn't even make it into a shuttle until Sally Ride went up in 1983. In 1959, the Women in Space Program (WISP) was started, and a handful of qualified ladies passed the rigorous tests and were deemed suitable for space travel. But WISP was canceled due to NASA regulations, and it was decided that military test pilots were the best candidates for the job.