by Dave Roos Dec 7, 2015
Marc Carlson pushes his daughter 14-month-old Rebecca in her bike as his wife Dr. Diana Carlson goes to work. Marc, a senior manager at Ernst & Young, took advantage of his company's paid parental leave when his daughter Rebecca was born. James Fassinger/For the Washington Post/Getty Images

It's good to work at Facebook. On top of the average six-figure salary, the free gourmet food, the climbing walls and the music playroom, all Facebook employees — men and women — are now provided with four months of paid leave when baby arrives (by birth, adoption or surrogate).

At Facebook, this is not just another Silicon Valley “perquisite” — a perk that's “required” to attract and keep top talent — it's embraced from the top down. To show his support for parental leave, Facebook CEO Mark Zuckerberg is leading by example, taking two months of paternity leave to spend bonding time with daughter Maxima, born last week.

Facebook is one of dozens of U.S. companies that adopted more generous parental leave policies in 2015, partly to win the highly competitive “talent war,” and partly to bring “Mad Men”-era HR policies into the 21st century:

Microsoft gives birth moms up to 20 weeks paid leave and 12 weeks for dad.

Consulting firm EY (formerly Ernst & Young) offers women up to 39 weeks of paid leave and men get an automatic two weeks, plus the option to take more at half pay.

Both Netflix and the Bill & Melinda Gates Foundation take it to a whole new level, offering up to 52 weeks — yup, that's a year — of paid leave to both parents.

David Cook works in grants and contract management for the Gates Foundation. When his first daughter was born in 2013, he took 12 weeks of paid leave, which he loved. After baby girl number two arrived in 2015, he got the news about the full-year plan.

“My jaw hit the floor,” Cook says. “I was blown away — humbled and amazed — by the generosity and the spirit of this new policy.” Cook will spend the extended leave shuttling his toddler from preschool to dance class and to give his wife time to interview for jobs once the new baby turns 1.

Cook knows how lucky he is. Unlike nearly all other industrialized nations, the U.S. doesn't mandate paid parental leave. The Family and Medical Leave Act only requires larger employers to provide 12 weeks of unpaid — emphasis on unpaid — maternity leave and no paternity leave. Instead, most fathers who want to take time off after a child's birth must use up vacation or sick days.

Since a gridlocked Congress is unlikely to pass parental leave reform anytime soon, it's up to private employers to implement policies that better serve the needs of today's working families. And that appears to be happening. After years of declining numbers of U.S. companies offering paid parental leave of any kind — either maternity or paternity — the percentages are actually on the rise.

So what's fueling the rise in paid leave? And why are so many high-profile companies making it a point to include dads in their generous leave policies? Here are the top reasons.

Mark Zuckerberg deserves credit for standing up as a role model for engaged fatherhood (though he's only taking two months of the four months Facebook offers employees) but the main motivation for most Silicon Valley firms to offer lavish paternity packages is competition.

“The biggest shifts in parental leave are happening in the industries where there's a real war for talent,” says Cynthia Thomas Calvert, a workplace discrimination lawyer and a senior adviser with the Center for WorkLife Law.

High-profile tech companies and major financial consulting firms are in a benefits race to lure in the top talent, almost all of whom are millennials or young Generation Xers. For these workers, interestingly enough, paid parental leave is more than another luxurious perk, it's an outward sign that an employer shares their core beliefs about work-life balance.

The Center for Work & Family (CWF) at Boston College published a survey of millennial workers with some surprising insights about how millennials, and particularly millennial men, prioritize work and family. Brad Harrington, executive director of CWF and lead author of the study, calls out one interesting question.

“If your spouse earned enough money for you to be [a] stay-at-home parent, would you consider doing it? Forty-four percent of women said yes, and 51 percent of the men said yes,” notes Harrington.

In another response, only 20 percent of millennial men said they would decide to advance their career if it meant spending less time on their personal lives. “What you see among millennials is a desire to work hard, a desire to advance the organization, but an understanding that they're not going to do it at the expense of their family,” says Harrington.

David Cook at the Gates Foundation echoes those values. “I am incredibly passionate and dedicated to my role and I think the work we're doing is very important,” says Cook. “But having lost a parent as a child, no matter how dedicated I am to work, there's no higher priority for me than spending time with my family.”

A New Kind of Gender Discrimination

Another reason why more HR departments are updating their parental leave policies is to stay out of court. Increasingly more men are lodging gender discrimination complaints against family leave policies that unfairly exclude fathers.

“The [Time Warner] policy was completely ridiculous,” says Levs, whose baby arrived five weeks premature after a difficult birth. “I tried to talk to them in private and they wouldn't give me an answer. Months went by and no answer. And then suddenly I was home with my 4-pound preemie, my sick wife and two boys, and that's when I said no. I took legal action because there was no other avenue left.”

“I didn't just do it for my family — I knew it was too late to get what we needed, although I hoped for quick resolution — but I knew that this change had to happen for other families,” Levs says. Time Warner ended up settling with Levs for an undisclosed amount, and it also changed its unbalanced policy. Now all parents get at least six weeks of paid leave and biological mothers get 12.

“We're going to see more and more men having that struggle between wanting to be fully involved at home and wanting to be a full professional at work, a struggle that women have had for a while,” Calvert explains. She fields calls from men who have been demoted and even harassed by co-workers when they ask for flexible hours to care for a sick spouse or take their kids to school.

Calvert and Levs agree that despite the increasing generosity of paid leave policies, there is still a tremendous stigma against men who take paternity leave.

“The vast majority of paternity leave available in this country goes unused. And the reason is that the stigmas are really powerful,” says Levs, whose new book, "All in: How Our Work-First Culture Fails Dads, Families, and Businesses — And How We Can Fix It Together", includes heartbreaking stories of men who were harassed or fired after returning from paternity leave.

“We have this vicious cycle going on, in which the people running the companies still believe that family concerns are a ‘women's issue,' even though the overwhelming majority of today's fathers are very involved,” says Levs. “The tiny minority of men who do not prioritize their families are the CEOs of these companies.”

In 2014, the Harvard Business Review published a survey of executive attitudes toward work-family balance that included this gem from a self-satisfied CEO dad: “The 10 minutes I give my kids at night is one million times greater than spending that 10 minutes at work.”

That's why Mark Zuckerberg's example is so incredibly important. He isn't the first high-level executive to take a career pause for a baby — Facebook's own VP of Search, Tom Stocky, took a four-month paternity leave in 2013 — but Zuckerberg is by far the richest and most culturally influential.

“With many of these ‘generous' paternity leave policies, men still get a subtle — and sometimes not-so-subtle — message that the policy is there, but they'd better not use it if they want to get ahead,” says Calvert. “When Mark Zuckerberg takes paternity leave, he's now sending an aligned message. Instead of, ‘Here's the policy, but you'd better not use it!' He's saying, ‘It's OK to use it!'”

Perhaps we're entering the age of the new-school CEO, the one with a family he or she actually spends time with.

At the Gates Foundation, employee Cook never had a doubt where his bosses stood on work-like balance.

When You Eat May Matter More Than You Think

People Are on the Hunt for Bigfoot. Here's How They're Funding It

Life on Leave: What Does It Really Mean to Be "Off"? 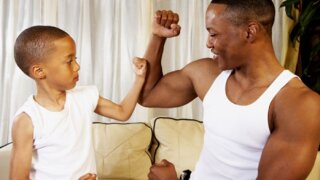 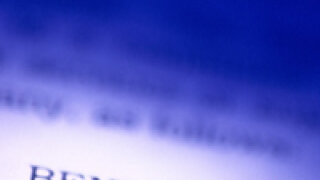 Can I negotiate my employee benefits?