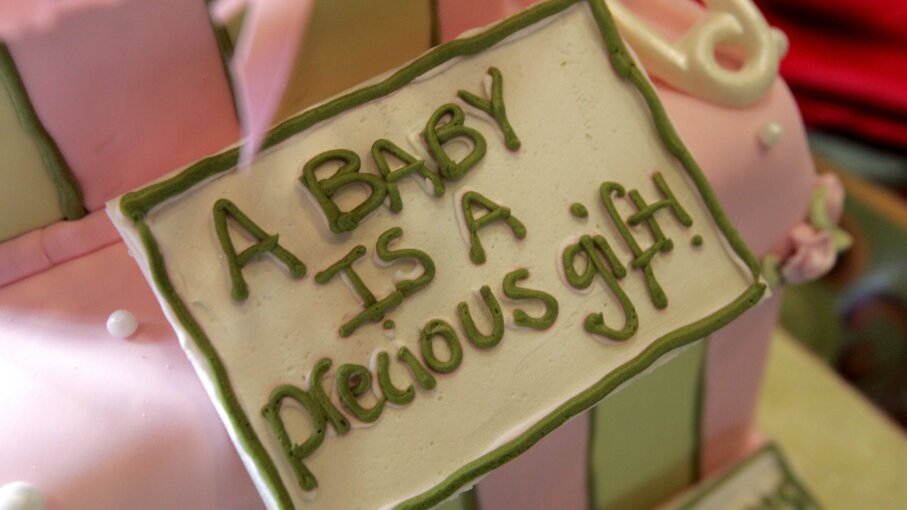 "Touchdowns or Tutus?" "Baseballs or Baby Dolls?" If you're invited to one of today's über-popular gender reveal parties, you might see such a question written in icing atop a fancy cake. Not until the cake is cut into and its color – pink or blue – revealed, is the sex of the hosts' baby-to-be proclaimed to the world. Sounds like a fun idea. But there can be a downside to gender reveal parties, as co-hosts Emilie Aries and Bridget Todd discuss in a recent episode of the podcast Stuff Your Mom Never Told You.

Gender reveal parties were birthed about a decade ago. With ultrasounds routine for expectant parents, and social media encouraging people to publicize every aspect of their lives, pregnant couples began inviting friends and family to gatherings where they would unveil the sex of their unborn child, then post or tweet the news to the world.

Initially, the celebrations were simple affairs. Couples would simply announce the baby's gender. Over time, people got more creative. Today it's common for parents to reveal their baby's sex by opening a box filled with pink or blue helium balloons, or by cutting into a cake appropriately colored on the inside. But reveals run the gamut. One pregnant couple smashed open a confetti-filled piñata to unveil the sex of their child; another had guests open "powder bombs" that spewed pink or blue powder into the air.

Sometimes, parents want to be surprised along with their party guests. So they have their medical professional seal the ultrasound results in an envelope that is delivered directly to a baker or other party professional, who prepares the reveal for them as well as their guests.

So What's the Problem?

What's wrong with such innocuous-seeming festivities? Experts say it's the parties' focus on the child's gender versus its sex. A physician or an ultrasound can't tell you a child's gender, only its sex. For children determine their own gender at some point after they're born. Sex, on the other hand, is simply whether a baby has a penis or a vagina. (Although even proclaiming a sex can be iffy, as some children are born "intersex," with reproductive or sexual anatomy that doesn't match the norm.)

But even if these parties were instead called sex reveal parties, that wouldn't necessarily solve the problem. Because the celebrations are heavily imbued with stereotypes, a la the pink and blue colors, and the "touchdowns or tutus" cake inscriptions. Even if you have a child born with a penis who identifies as male, he might love the ballet, hate sports and prefer to wear pink pants. Your straight vaginally endowed daughter might end up being a cop who eschews frilly, feminine attire and watches football every weekend.

"[Gender reveal parties] make it very clear that what you are is what's in between your legs, and that's all there is to it," says Bridget. "And we know that's not true."

If you're pondering such a party, then, focus on celebrating the pending birth of a human being. No preconceived notions or stereotypes allowed.

To learn more about this growing trend, listen to the entire podcast, "What Gender Reveal Parties Reveal About Us" from Stuff Mom Never Told You.

NOW THAT'S INTERESTING
The first gender reveal party video uploaded to YouTube was in 2008. Forgoing glitter, balloons or colored cake, the couple simply opened a slip of paper that revealed the sex of the baby.