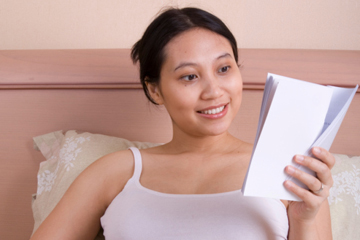 It all comes down to a simple truth: baby naming can be as personal as baby making.
iStockphoto/Thinkstock

Strolling the aisle of baby naming books -- tomes of information, listing thousands of names and meanings -- at your local bookstore would suggest that the perfect name is out there, somewhere.

Despite the hours you can spend at the bookstore or online, however, it comes down to a simple truth: baby naming can be as personal as baby making.

We have five tips to get you going -- the rest is up to you!

All in the Family

Sometimes the perfect name for your baby is right in front of your nose, or has the same nose as you. Tap into your relatives or family tree for potential names, or maybe continue (or start!) a family tradition of naming sons after their dads or daughters after their great, great grandmothers.

Other things to consider are your culture, heritage and religion, often reflected in your family tree. Some parents-to-be find the Bible to be one of the biggest books of choices, and other religious or cultural texts could provide the same.

Trendy names come from many places, from most popular baby name lists to celebrity names to television. The name Emma, for example, landed in the top 10 baby names in 2002, which happened to be the same year Jennifer Aniston's character on "Friends" used it. In 2008, Emma ranked as No. 1 baby name for girls.

While some parents-to-be prefer popular, trendy names, wanting their child to fit in, others want to help their child stand out. Celebrity parents may be choosing Audio Science or Moxie Crimefighter but what about the rest of us who want something unique, yet not so outlandish? Step away from the random name generators and draw inspiration from something special to your family, something like a favorite vacation spot.

Some parents are also giving traditional names a twist. Ryan, Dylan and Alex are examples of traditional names for boys, except parents looking for something a little different are stealing them for the girls' camp. Just keep in mind that the child will endure your name choice a lot longer than some trends do.

Matthew McConaughey's older brother named his son Miller Lyte. Take a moment and imagine yourself as Miller Lyte on the playground. Now, put that feeling to use as you're putting together your list of potential names.

Is the name you're thinking of ripe for taunting, either in the eyes of a teasing second grader or a skeptical potential employer? (Double check initials, too!)

Face it, kids are cruel and what you haven't thought of, they certainly will. While you can't avoid your child receiving unfortunate nicknames, you can anticipate what kids might chant if you name your child Harold Butz.

In New Zealand, registration officials have blocked parents from naming their children Fish and Chips, Yeah Detroit, Keenan Got Lucy and Sex Fruit, among others.

While some parents-to-be suffer from a scarcity of acceptable baby names, others suffer from a bounty. Falling in love with more than one name isn't necessarily something to stress about -- who says you can't use one or more as a middle name?

Middle names give you the option to use all the names you love, and as they grow, give children the option to be called by something other than their first names (a well-established trend among actors and other celebs.) For example, Jason Alexander's birth name is Jay Scott Greenspan and Robert Redford is actually Charles Robert Redford Jr.

And if you're one of those suffering from the lack of good names, who says you have to choose a middle name at all? No one.

As much as you love a particular name, it's probably not a done deal unless it's compatible with your family name, or lifestyle for that matter. Why not take names out for test drives before committing? Try potential names out while you're still pregnant. Use the name in conversation -- do some names feel like natural fits when you speak them aloud? Does it feel awkward? Can you imagine yelling for that name to take out the trash for the next 18 years?

Also consider writing out each name on your short-list the way it will look as your child's full name. How does it look? Like your baby's new name, that's how.

Some families follow naming patterns -- the Duggar family, for example, has 18 children all with names beginning with the letter 'J.'