by Danielle Fisher
Prev NEXT
1 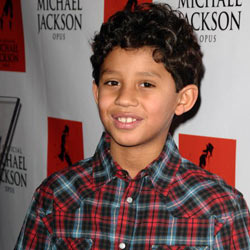 We're not sure what Jermaine Jackson was thinking when he chose the name Jermajesty for his fourth son.
Jason LaVeris/Getty Images

Next to famous siblings, Michael and Janet, Jermaine is far from the center of attention in the Jackson family. Perhaps this is what inspired the star to name his fourth son, Jermajesty. With a royal name like that, it's hard to be overlooked. While his three other sons all boast names that begin with J, he seems to have saved his masterpiece for the fourth child. A mix of his own name and a title of nobility, Jermaine's son is well positioned to take his thrown next to his uncle, and possibly become the next king of pop. Only time will tell if this majestic name will inspire his career path.