10 Things to Expect in the NICU

by Shanna Freeman
Prev NEXT
10 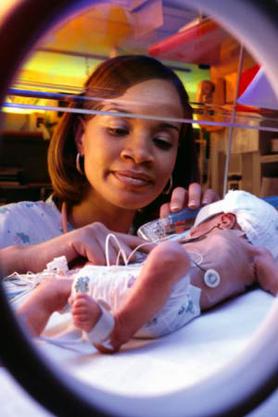 Part of your NICU team
DCL

A baby in the NICU doesn't just have one doctor or nurse standing guard -- there's a whole team. It might be overwhelming to see that many people surrounding an infant, but keep in mind that they're all there with your baby in mind. Your NICU team will depend on the hospital, but here are a few people who are likely to be on it.

The neonatologist, a pediatrician who's had training in taking care of babies that are ill or born prematurely, is the head of the team. There will also be other doctors and nurses who have neonatal training as well as support staff, such as a respiratory therapist (who provides breathing support) and a speech-language pathologist (who works with swallowing or feeding problems). Your NICU team will also include a social worker, who can assist you with everything from handling your insurance benefits to dealing with your emotions. Get to know your baby's NICU team, because you're a part of it, too.