by Kim Williamson
Prev NEXT
4 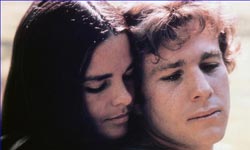 In 1988, authors Linda Rosencrantz and Pamela R. Satran published their baby name book, "Beyond Jason and Jennifer." If the intent was to steer new parents away from the name Jennifer it worked – Jennifer left the top five after that year. But not before a 14-year reign at No. 1 from 1970-1984. No wonder everyone knows one -- or five.

Like many trends, there's no one story as to why this name became so popular, but many attribute it to the 1970 hit movie, "Love Story," with its main character named Jennifer Cavilleri.

Since it's a contemporary name, there aren't many Saint or Queen Jennifers around but as a variation on Guinevere, Jennifer did have a place in Camelot. Famous Jennifers include a slew of actresses and musicians like Aniston, Lopez, Hudson, Hewitt and Grey.

If Jennifer was every girl's BFF, Michael was their first crush. Why? It was the No. 1 boys' name from 1954 to 1998, interrupted only once in 1960 by David. And it's still in the top five today. Michael comes from the Hebrew, meaning "who is like God," which is ironic considering the near-godlike domination the name has had.

It's no wonder that famous Michaels are easy to name, starting as far back as Biblical times with Michael the Archangel and moving into the Renaissance with Michelangelo. Today's Michaels include athletes like Jordan and Phelps; businessmen like Bloomberg and Dell; actors like Keaton, Douglas and J. Fox; and the lovable Disney character Mickey Mouse.