by Kim Williamson
Prev NEXT
8 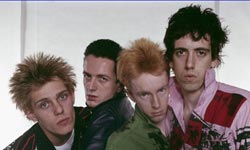 In the eighth position, there's Joseph and Margaret. The name Joseph means "Jehovah increases." While the Biblical Joseph (Jesus' father) led his family to Egypt, Joseph Stalin led a nation to Communism and Joseph Kennedy raised his sons to lead the United States.

If being a Joseph sounds like too much responsibility, there are always variations like Joe or Joey. Joe DiMaggio was a famous baseball player who married Marilyn Monroe. Joe Pesci and Joe Piscopo are actors and Joe Strummer was a founding member of the punk rock group The Clash.

Similarly, there's Margaret, meaning "pearl." A popular name in the earlier 20th century, famous Margarets include Mitchell who wrote "Gone with the Wind"; anthropologist Mead; and Britain's former prime minister Thatcher. These ladies, born between 1900 and 1925, all broke new ground in their fields.

However, if Margaret is the overachiever, then Meg and Maggie may be the fun ones. The world fell in love with actress Meg Ryan in "When Harry Met Sally", and Maggie Simpson of Matt Groening's "The Simpsons" cartoon has captured hearts since day one.