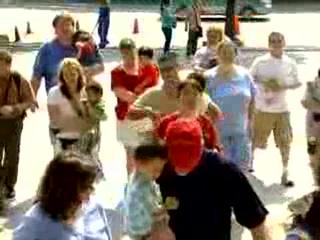 The U.S. Department of Health and Human Services (HHS) has an Administration for Children and Families that collects and publishes various data on both foster and adopted children in the United States.

HHS, through the Centers for Disease Control and Prevention (CDC), issued its most recent report on adoption trends in 2008 and it covers adoption data of 2002. According to this report, adoption remained quite rare in the United States; only 1.1% of women and 2.3% of men between the ages of 18 and 44 adopted a child. The report highlighted the interesting state of more men adopting children than women. The CDC explained this discrepancy by noting that men usually adopt as a means to solidify a step-father/step-child relationship, while women tend to adopt to become first-time mothers.

5 Things You Should Know: Dad-to-Dad Bonding
10 Healthy Snacks for Parents on the Go
Why do teens lie?