How to Preserve an Oral Heirloom

Browse the article How to Preserve an Oral Heirloom 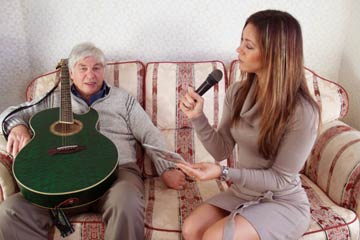 During your interviews, ask what songs were popular or have them sing the lullaby they once whispered to your parent.
Getty Images

Preserving your history through storytelling is one of the oldest forms of documentation around -- it even predates the written word. But it's also one with a decidedly modern twist, thanks to a reliance on digital technology.

Today, documenting oral history has transitioned from the realm of casually woven tales to pointed interviews bent on deciphering particular past events. Whether you're interviewing your grandmother to understand her personal experiences or querying a group of people to gain their perspectives about life during a specific time, all family stories have this in common: They're a vital part of recorded history, as important as written or photographed accounts.

Not only can an oral heirloom become part of your family's tradition, but those who study folklore or examine ethnic groups listen to these historical snapshots to uncover clues about the past.

What Is an Oral Heirloom?

An oral heirloom is an interview captured by digital (later, we'll explain why) audio or video equipment. The interview itself can be formal -- accounts of historically significant events prompted by well-thought-out questions -- or imprecise, such as simply reminiscing about past times.

Keep in mind that these tales aren't meant for mass consumption; it should be a one-on-one conversation. So public speeches are out -- and forget filming political debates for preservation. Oral heirlooms aren't a secret affair, either. No wire-tapping or personal diaries.

Instead, make it a dialogue between an interviewer and a subject that is recorded. This is an important distinction between an oral heirloom and one that occurs, say, when you turn your video camera into a Blair Witch-style documentary. These interviews are deliberate and planned; they can be transcribed, summarized and archived. This means the interview lives on; it can be researched, used for publication or even become part of a museum exhibition.

If you're looking for a way to weave your own story into the fabric of American history, check out StoryCorps. This independent nonprofit is spearheading one of the largest oral history projects of its kind, asking Americans to talk about and record the questions that matter to them. In 2010, StoryCorps is on a national tour to record in-person conversations -- and you can make an appointment to interview someone you know. Each conversation is preserved at the American Folklore Center at the Library of Congress. Plus, you get a free CD to share. The group also offers a do-it-yourself instruction guide. 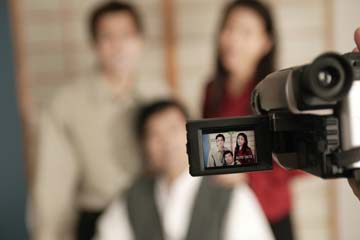 A visual recording of your interviews will capture facial expressions, clothing styles and other memorable details.
Comstock Images/Thinkstock

So you're not a sociologist or a professional researcher, but you're still interested in preserving your family's history through recorded audio. Your family members are living keepers of history, and their stories are at once anchors and wings. As you begin to formulate your list of questions, stick to the facts.

Ask subjects where they were born, where they lived as children and what kind of jobs they held. Then work a few "feeling" questions into the mix. What was it like to experience certain events? Even if your relative didn't fight in a World War, there are still far-reaching events that were sure to affect him or her.

Before you begin taping, turn some attention to location. Are there distractions? And we're not talking obvious stuff here, like roaring traffic or crying babies. Is there a ticking clock that could be silenced or an air conditioner humming in the background? You may need to make a few adjustments to gain some silence. And, don't become part of the problem.

Refrain from saying "mm-hmm" in agreement as your subject speaks. Talking one at a time may seem like simple advice, but it's one of the most common mistakes interviewers make. Plus, the less you talk, the more your subject will.

Particularly when it comes to recording oral heirlooms that feature family members, there are a few traditions you'll want to include. Your family's folklore should include information about your family name, such as stories about its origins or any changes in spelling it has undergone through the years.

But don't get too caught up in the technicalities; sometimes the most memorable tales are equally light-hearted. Uncover the reasons, silly though they may be, behind any nicknames that run in your family. Encourage your grandparents to share the story of how they first met. The real story.

Ask them what songs were popular at the time. As you move through life's milestones, ask them to sing the lullaby they once whispered to your parent or to divulge a recipe that's a long-held kitchen secret. Of course, whether you're allowed to share that part of the interview is another story altogether. 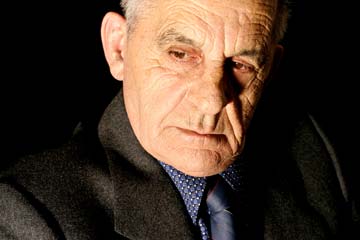 Asking the hard questions could offer a family member a chance to clear the air.
Joseph Jean Rolland/Getty Images

Memories are an interesting mixture of fact and feeling, which is one reason oral heirlooms are so valuable to a family's sense of self. And we don't mean the pretty version retold at ladies luncheons, either. Nearly every family has a skeleton in the closet (which is one reason genealogical finds can be so exciting). Whether it's an unexpected pregnancy or a murder trial set against a backdrop of the Roaring Twenties, odds are your family has a story that was never intended for public consumption.

And, while a few pointed questions may be met with resistance, you should also be prepared for the opposite effect. Don't be surprised if a family member decides to lighten their emotional load by telling you the whole truth.

That's also a good reason to do some legal research before adding all those question marks to the end of your sentences. Unless you plan to use only limited excerpts from your interview, which isn't really the point of documenting your family history, then you may need to have the subject sign a release form.

He or she could stipulate that parts of the interview remained closed, sometimes until after death.

You can preserve your oral heirloom by creating either an audio or visual recording of it. Both methods have their advantages, but only a visual recording captures facial expressions, clothing styles and other memorable details. Of course, all these visual cues can serve as an unwelcome distraction if you'd like the telling of the tale to be your heirloom's sole focus.

Either way, you'll want to go digital. Analog recordings (those using a "tape" of some kind) are prone to fluctuations and compromised sound quality. They're also more difficult to concisely archive and will have to be converted to digital at some point.

A digital recording represents sound in digital form. You can easily back up digital files on your computer's hard drive. Still, it's a good idea to preserve your oral history interviews in multiple forms. Transcribe the interview, print it to paper and make copies of the recording. And, by all means, don't store them all in the same place. 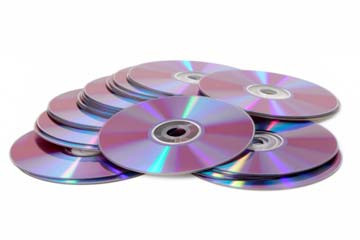 Don't put all your digital eggs in one basket. Make plenty of copies and be sure to store them separately.
Zoltan Pataki/Getty Images

You should, as a rule, have three digital copies of your project. In addition to the original interview, create a master copy that can be used for duplication, as well as several duplicate recordings. Store a few and share the rest.

Remember that digital technology is always evolving. You may have the most up-to-date equipment today, but there will probably be a game-changer invented tomorrow -- or in the next few years, certainly. As newer generations come to light, you may need to convert your interview to those formats.

Refreshing the interview using new technology extends its life. However, it's also a good idea to have a paper transcript, but only if it is acid-free paper. Pay attention, too, to the storage environment. As a general rule, too much of anything is bad for your oral heirloom. So keep it out of the sun, away from heat or cold extremes and protected from water and humidity.