How to Designate a Family Heirloom

Browse the article How to Designate a Family Heirloom 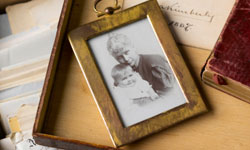 When making up wills, lots of people forget about the stuff that counts.
Jeffrey Coolidge/The Image Bank/Getty Images

If you have a will, you've probably already thought about designating at least certain parts of your estate. Most people who take the time to plan ahead and save their families the horror of Sister v. Brother battles have considered who gets the real estate, the investments, the Bentley. They've thought about the money.

What some people forget are the pieces of sentimental value.

As tricky as dealing with money matters can be, dealing with feelings can be even harder. You'll want to approach the designation of family heirlooms with caution, sensitivity and, perhaps most important, forethought. This process -- and it can really be a process -- is one you want to start early.

The first thing you need to do is decide if your 1920 dining room set is an heirloom, a piece of furniture or a piece of crap. 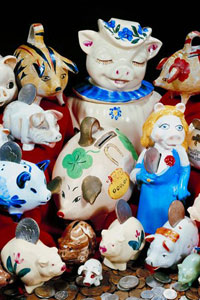 Ah, your beloved piggy bank collection. Unless you have a relative in the barbecue business, it might prove an unpopular heirloom.
Photo courtesy of USA.gov

One man's trash is another man's heirloom, and vice versa. Before you go giving away your beloved, gilded-poodle china set, ask yourself: Is this something my son/daughter/cousin/niece would want?

Granted, it's hard to know, but there are a few criteria you may want to consider. First, has it actually been passed down through family generations? Next, is this something that anyone besides you may actually use, display, or love, or is it only for someone with very specific (and rare) taste? Finally, has anyone in your family expressed interest in it? Admired it? Claimed it?

Were you happy to have inherited it?

If the answer to most of these questions is yes, than you've probably got yourself a family heirloom that's worth designating.

That's the easy part. The next decision is one that could haunt your family for generations (no pressure). 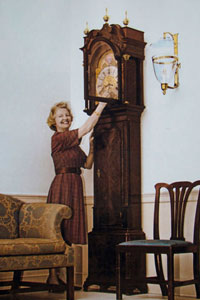 If your mother loved her heirloom clock, and your daughter was close to her grandmother, the designation might be a natural one.
Photo courtesy of Florida Legislative Research Center and Museum

When giving away your great-grandmother's pearl earrings or weathered recipe book, or a painting that came to America with grandparent immigrants, or the shadow box of tags belonging to Sparky I, II and III, you'll want to start with one basic consideration: Does someone want it?

If you have a relative who has expressed noteworthy interest in a particular heirloom, that's probably where it should go. Another consideration is emotional attachment, either to the heirloom (perhaps it lived in someone's childhood bedroom) or to the descendant who passed it down (who was closest to Grandpa?). If you give the heirloom to someone else because, say, you think it would work better with his décor, the result could be hurt feelings. Possibly longstanding ones.

If no one stands out as the obvious designee, or, much hairier, more than one person stands out, you have some potentially difficult decisions to make. 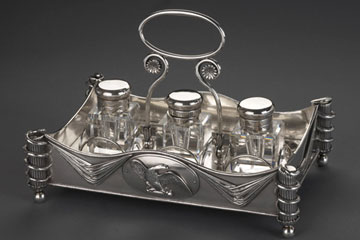 A basic guideline for designating heirlooms: Keep it along family lines.
Photo courtesy of the Office of the Clerk.gov

Your daughter has said how much she loves the dining room set your great-uncle built for your mother's wedding. So has your daughter-in-law. What to do?

Simple answer? It goes to your daughter.

Family decisions aren't always so simple, but the basic recommendation is to keep it along family lines. Even if your daughter-in-law wants it more, your daughter has been in the family a lot longer.

If it's your son who has expressed interest in it, it's not so easy. In that case, you can either take a guess at who wants it more; designate the dining set to your son and another heirloom of similar value to your daughter; or, better yet, ask them. You may find that one of them was just being polite.

Which brings us to the final major decision: When do you want them to find out what they've won?

How Will They Know? 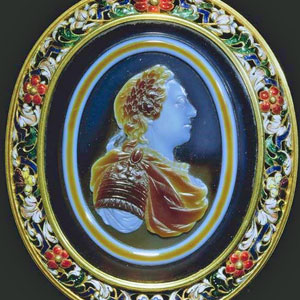 You may think no one's interested in your fusty old medallion, but you can always reach out to small museums to gauge their interest.
Photo courtesy of Library of Congress

You have a few options when it comes to designating family heirlooms. You can put it your will, and then you don't need to deal with any fuss, and when your wishes are in writing they're hard to disregard. That might be more difficult for your descendants, though.

One way to potentially avoid hurt feelings, arguments and impossible choices is to make a day of it. Some experts recommend getting everyone together so they can claim what they want. Taking turns with colored yard sale stickers, each immediate family member claiming an item in turn, is a popular way to do this.

One of the biggest benefits with this method is that you're taking grief out of the equation. Grief can make feelings very raw and make losing a cherished heirloom seem like the end of the world.

If you simply can't bring yourself to choose who gets what (and tell them about it), you can always donate it. Small museums may be interested in an antique, and charities might take a piece of value and sell it. That way, at least your kids will be mad at you and not at each other. They'll be spending Thanksgiving together long after you pass on.

For more information on family heirlooms and related topics, look over the links on the next page.