How to Create a Family Heirloom 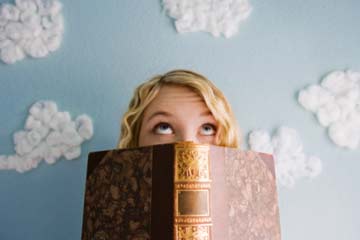 A set of family documents can be immortalized in a fancy homemade scrapbook.
AE Pictures/Riser/Getty Images

Families have many compelling reasons to discuss heirlooms sooner rather than later. And even if a person doesn't have more traditional types of heirlooms like bone china, antique furniture, mink furs and the like, he or she probably still possesses a lot of items that hold some value, whether monetary, historic, legal or sentimental. And in many cases, it's completely possible a person's best potential heirlooms aren't even tangible at all. Or at least not yet.

If you're talking about items that have already been passed down for generations, then the heirloom creation process is pretty much complete. Antiques like furniture and jewelry are also fairly obvious candidates for heirlooms, depending on what they're worth and whether or not anybody actually wants them.

But when it comes to sentimental heirlooms, the playing field expands greatly. Perhaps the bandanna your dad always wears when he works on cars, the empty bottle with the lingering scent of your mom's favorite perfume, or the love letters your grandfather sent to your grandmother during the war -- these can all be considered heirlooms. In terms of sentimental intangibles, consider the recipe tweaks your grandmother makes when no one is watching, the riotous stories your aunt tells on road trips, or the sayings your father is always dropping. These special mementos and personal treasures can really mean a lot to heirs, often more so than stiff-looking curio cabinets or musty old loveseats.

So get creative when it comes to your family's legacy, and act before it's too late. Ask your aunt to document some of her most memorable tales StoryCorp-style by relating them to you with a recorder. Plead with your grandmother to divulge the details behind her covert cooking so you can include them in a family cookbook. If at first she puts up a fight, gently explain that her special dishes really mean the world to everyone in the family, and Christmas dinners just wouldn't be the same without her signature culinary flair. With a little sincere coaxing, she can probably be persuaded to share the secrets to her coveted cuisine so it can be preserved for future generations to savor.

In an idea along the same lines, you can compile -- and perhaps even publish or digitize -- photo albums and scrapbooks. That way, special family photos, trinkets, letters and the like are at least safely preserved. If they're then put into a format that everyone can have copies of, all the better.

By getting creative, and by making time to capture relatives' singular and memorable contributions to the family dynamic, you can create heirlooms even more valuable in the hearts of the heirs than any monetary worth could afford them.