What's a good age to give kids their heirlooms? 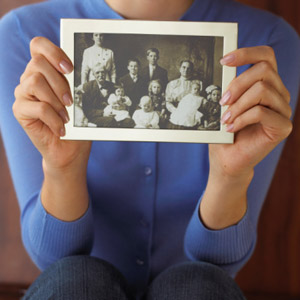 If you've heard horror stories about children selling family heirlooms without a thought of their sentimental value or historical significance, you might be thinking seriously about how you want to handle passing on your grandmother's Irish lace tablecloth or your Great Depression glass collection. If you don't want to see your family history auctioned off on eBay, it pays to use some caution. 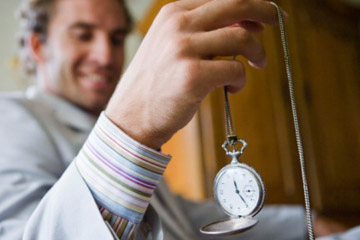 When will you know that your children are mature enough to have an appreciation for your family's treasures? It's difficult to arrive at an answer because there's no predetermined age when a child can be relied on to exercise good, heirloom-responsible judgment. Some kids never seem to embrace the importance of family history, while others seem to have an innate appreciation for the intrinsic value of family lore and artifacts.

It might be tempting to give your young daughter your grandmother's doll collection, for example, but defining your hopes for these heirloom objects first is a good idea. Is this an item that will have a limited useful life, or is it something you want preserved for future generations? Handing your 10-year-old a beloved and battered old doll is one thing; turning over a museum-quality piece when you know it'll be exposed to everyday wear-and-tear is something else. No 10-year-old is going to remember, "Be very careful, it's valuable" every time she takes out a doll to play with it, and seriously, do you really want her to have to worry?

Watch for Signs of Maturity

You shouldn't just consider the monetary value, either. Your mom's vintage costume jewelry and evening gowns may make great dress-up pieces, but will your daughter value them more when she's eight or 20? The ability to appreciate and care for heirloom objects is the biggest consideration here, and it can be a tough call. Most children aren't mature enough to enjoy heirloom pieces for more than their functional value until they're in their late teens, if then. Once they reach their late teen years, their ability to treat heirlooms with the respect they deserve is a matter of individual temperament.

This is particularly true of items that have a high monetary value and are easy to sell. If your son wants a motorcycle more than he wants to be the custodian of your great-grandfather's pocket watch, he may not be able to resist the urge to trade one for the other. In 10 years, he may regret the decision, but by then, it'll be too late. Keep the watch until your son is more mature. When will that be? You'll probably know when it happens. He may get married and become more interested in family life. He may start asking family-related questions and expressing an interest in his roots. Watch for the signs, and present him with the watch then. He'll appreciate both the watch and the gesture more once he has the life experience to value what they represent.

You want your kids to embrace their heritage and the memories of family members preserved in some of the objects they've left behind. That's weighty stuff. Before you bestow the honor on your children, recognize that it also carries with it a burden of responsibility they should be mature enough to bear with grace.

About 65 percent of people in the U.S. die without drafting a will.

Sex Education and Kids: Giving Your Kids a Good Talkin'-to
What are the best time management techniques?
5 Ways to Keep Your Child Healthy at Daycare