How to Donate Heirlooms to a Historical Society 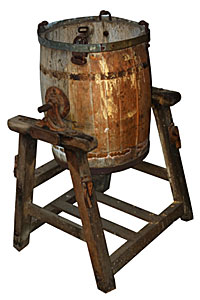 Is that a butter churn collecting dust in your attic?
iStockphoto/Thinkstock

Have you inherited an unattractive heirloom that your spouse refuses to allow guests -- or even family -- to see? Are you afraid that your great-grandmother's armoire will be sold at a garage sale after you're gone? Instead of letting your heirlooms rot away in the attic, why not donate them to a historical society?

Historical societies are nonprofit organizations that preserve and maintain the historical record of places, people and events from a bygone era. Most historical societies are focused on commemorating the history of specific geographical places, such as states, towns and counties. Groups like the American Jewish Historical Society work to preserve the history of a specific culture. Other organizations, such as the Eastern Auto Racing Society and the French Colonial Historical Society, are dedicated to specific historical activities and events.

Making a donation to a historical society might not be the first thing that comes to mind when you're bequeathed your great-aunt's butter churn, but doing so will help you preserve a piece of your family's history and educate future generations. If you have a few family stories to pass down about the heirloom and its owner, a historical society may even educate people about your great-aunt. (Oh, and one last perk: Most donations are tax deductible!)

What's the catch? There are thousands of historical societies in the United States, but most of them won't be able to accept or give your heirloom the prominence you feel it deserves. Coming up, we'll learn why your family heirloom might end up in a historical society's storeroom.

What and Where to Donate

If you're considering donating an heirloom to a historical society, the first thing you need to do is figure out exactly what you've got. Whose was it? When was it used? What was its purpose? The more you know about the item, the easier it'll be to find a group interested in acquiring it.

You can donate just about anything: old cars, furniture, jewelry, books, clothes and even entire buildings. However, it's often the least valuable heirlooms that are the most sought-after. Stefanie Joyner, Executive Director of the Cherokee County Historical Society in Canton, Ga., believes that many potential treasures are tossed out in the trash. She urges people to consider donating their old items before throwing them away. "Most historic items do have value to someone," she says. According to Joyner, "What may not be important to you could be extremely valuable to historical teachers." That goofy old photo of your uncle, for example, might not seem like an important artifact, but because the farmhouse he's standing in front of is now a parking lot, that picture is a one-of-a-kind window into your community's past -- funny face and all.

Once you've educated yourself about the heirloom, you can start seeking a society that will to put it to good use. Take your dear old great-aunt's butter churn, for instance. You'll probably find several societies that might be interested in it. However, these groups won't accept just any old thing, and since dairy-specific historical societies aren't exactly spread all over, you should try to find a group that's focused on the locality where your great-aunt lived and churned. You could also try contacting that state's historical society. If you don't have any luck there, try farm- or food-focused historical societies. You should also reach out to societies from the heirloom's point of origin, so if your great-aunt purchased the churn in Wisconsin, there's a good chance the Wisconsin State Historical Society or a smaller county- or town-specific group in that state would be interested in acquiring the item.

Let's say you wind up with several offers. In this case, you should select the society where the item could be best put to use. If the director of a state-focused society agrees to take the butter churn, but he says it's unlikely the item will ever be displayed, consider giving it to a smaller, more specific historical society that may be able to offer your donation more prominence. After all, no one is going to learn from heirlooms that just sit around collecting dust.

If you can't tell whether you've got a historical artifact or an old piece of junk on your hands, give a related historical society a call. Most societies are open during normal business hours and are eager to talk to prospective donors. Some societies even give examples of the items they're seeking on their Web sites. 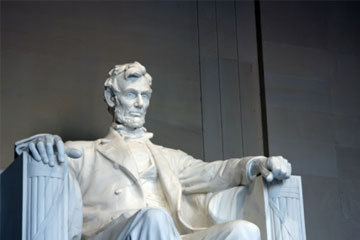 Honest Abe's words are valuable, of course, but not just any society wants your copy of the Gettysburg Address.
Hemera/Thinkstock

Historical societies aren't just focused on acquiring historic objects -- they're interested in the history behind the items. This is why many groups require documentation to authenticate the historic value of artifacts. Don't worry, you're not expected to cough up a receipt for a 1930s medicine cabinet. But you may be required to sign a gift deed and a statement regarding the piece's authenticity before a historical society will accept it.

Of course, documentation isn't everything. Handed-down family stories are often more valuable than any receipt or certificate of ownership. They can turn an otherwise unremarkable old object into an important teaching tool. There's a difference between a butter churn and the churn that your great-aunt Martha worked until her fingers bled to make enough butter for the homecoming feast celebrating her brothers' (your great-uncles') return from World War II. Family stories help people understand both an object's purpose and its significance in a particular time and place. Stories make the past come alive, which is the ultimate goal of any historical society.

If the heirloom is authentic and related to the society's focus, chances are the organization will accept your donation. However, items like books might be rejected if the society already has multiple copies of them. The society might also turn down items that are particularly crass or distasteful. If it was offensive back then, chances are it hasn't improved with time!

Most rejections happen because items are simply offered to the wrong society. A Nov. 20, 1863, copy of The New York Times containing Abraham Lincoln's Gettysburg Address might be of interest to the New York Historical Society or the Adams County Historical Society (which includes the town of Gettysburg), but it wouldn't be a good acquisition for the Atlanta Historical Society. It's an important historical artifact, sure, but it's not related to the mission of the Georgia-based group.

You should feel good about donating your heirloom, regardless of the organization that accepts it. Your family is an important part of that artifact's history, and your heirloom will stand as a testament to a bygone time.

Sharing the News: A Sibling's Expected
Who should pay for your teen's car insurance?
An Essential Chart for Feeling Better with Aromatherapy