Top 5 Things People Rarely Pass Down, But Should

Browse the article Top 5 Things People Rarely Pass Down, But Should 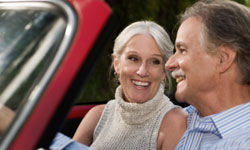 While you're enjoying retirement, think about your (intangible) legacy.
Jupiterimages/Thinkstock

Making a will or a living trust means confronting mortality, and that's something most of us prefer to avoid doing. Maybe that's why so many of us never get around to actually writing down our final wishes. It's an understandable lapse, but it should be avoided at all costs.

When people leave no legal plans for the disbursal of their estate, lawyers call this dying intestate. And that's very bad news for your descendants because it can result in years of probate court battles or, at the very least, bitter family squabbles about who gets what.

For your heirs, everything you leave behind may be suffused with meaning, and members of even the most tightly knit families can end up not speaking to each other after they duke it out over your favorite armchair. So, face the music: Go see a lawyer, and draw up a carefully considered plan for your estate.

But before you do, keep reading to find out what items you'll probably overlook.

The jewels go to your daughter, your son gets the house, your niece inherits your car … you've thought of everything. Or have you?

What about those air miles you've been steadily earning over the years? Why let them slip away? After all, what better way to get over their grief than for your heirs to take a trip overseas with your points?

When you look into it, don't be deterred by airline policies that say you can't pass on your air miles. With a little persistence, it can be done. The Web site Airfarewatchdog.com is designed to help you figure it all out. Your air miles (and other loyalty points) may not be among the first things that come to mind when you think of the valuable heirlooms you'd like to pass along, but you can bequeath them, and you should! 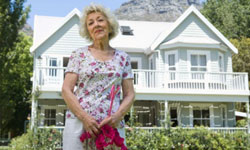 That historic house on the wooded corner lot? Yeah, someone wants to inherit it!
Jupiterimages/Thinkstock

You may assume that most people bequeath their houses if they bother to write up a will. But, in fact, many people try to circumvent the inheritance process by adding their legatees to the property deed.

The idea is that an heir won't have to jump through any legal hoops when the time comes since the house automatically goes to the surviving person on the deed. Actually, the legatee would be much better off if he or she were to receive the house in a will. This is because of a peculiarity in tax laws that consider the house to be a gift. Gifts valued at more than a certain amount are subject to a hefty tax. So, do your descendants a favor and put your house in a trust -- not in their name.

Of course, this suggestion isn't for everyone, but if you can get past the unpleasant thought of having your body dissected, donating it to medical science is an act of enormous generosity, both to society and to your loved ones.

Society benefits because cadavers are crucial for organ and bone transplants, as well as for medical research of all kinds. To bequeath your body means that your death could save lives -- not only is this a powerful legacy to leave behind, but it also sets an extraordinary example for your heirs.

Even better, in most cases the medical establishment will take care of interment expenses, so your funeral won't cost a penny! 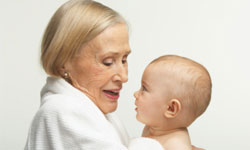 She'll want to know all about her grandma someday -- leave a record for her.
James Woodson/Thinkstock

In certain cultures, when people reach the age of 60, they're considered venerable and are due a degree of respect from those younger than them. It's this same attitude that motivated people once upon a time to write down their values to be passed on to their heirs.

In recent times, the "ethical will" has been making a comeback. The idea is that after a lifetime of experience, you've got a lot more than mere objects and wealth to bequeath: You've got a point of view.

Your legatees may think they know where you stand on certain issues, but they might be surprised by some of your values. It can be a great gift for them to have a document to consult when they're trying to make a hard decision and miss your voice at the table.

How many times have you thought, "I wish I'd asked Granny about why she left Indiana," or some equivalent missing piece of the family story.

Family stories may be the most valuable treasure that you pass down to your descendants. Those stories can provide your heirs with a personal history that gives them a sense of where they come from. What's more, stories can also be an incredibly valuable source of information for future archivists and historians. So, tell your story for posterity.

If you're not fond of writing, get hold of a tape recorder and just talk! You may not think that your life story is of any interest, but your descendants certainly will. 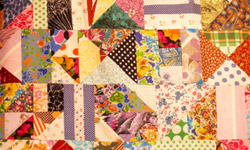