5 Things You Should Know: Teens and Sleep

by Maria Trimarchi
Prev NEXT

A lack of sleep is not only causing havoc on GPAs but on our roadways as well. According to the National Institutes of Health's National Center on Sleep Disorders Research, nearly 55 percent of 100,000 car crashes in which drivers fell asleep involve drivers who are under the age of 26. Being drowsy is more distracting -- and dangerous -- than cell phones when behind the wheel and quadruples the chances a driver will be in an accident.

In a study published by the Journal of Clinical Sleep Medicine researchers also found that when schools bumped their start times ahead by an hour teen accident rates dropped by 16.5 percent.

Asleep Behind the Wheel 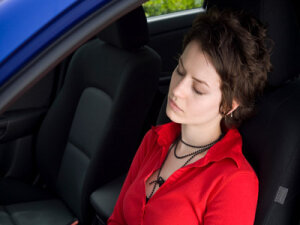 Who Needs an Anti-sleep Alarm?