5 Things You Should Know: Teens and Sleep

by Maria Trimarchi
Prev NEXT

While kids naturally fall asleep around 8 or 9 p.m., but when puberty hits, a teenager's internal clock changes. A study by the National Sleep Foundation found teenagers often don't begin to feel tired until 11 p.m. or later. And because of homework, extracurricular activities, part-time jobs, friends and early first period classes, most teens are only banking about six or so hours of sleep each night. That's a big difference from the nine to ten they are reported to need.

Daytime drowsiness means poor concentration in school, especially in first and second period classes, increased tardiness and absenteeism and poor grades and performance in after-school activities (especially sports). School districts are starting to take notice of studies about the circadian rhythms of teens and some are making changes to suit. Minneapolis Public Schools, for example, rescheduled the start times of its high schools from 7:15 a.m. to 8:40 a.m. and initial reports found fewer walking zombies in the hallways. 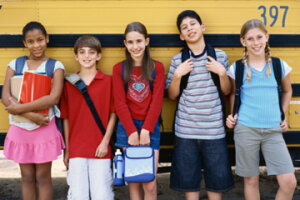 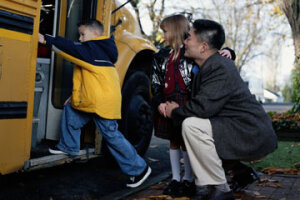 5 Things Parents Should Know: When Your Kid Goes to a New School