by Cristen Conger
Prev NEXT
4

Athletes wear uniforms and sports gear for good reason: They make it easier to tell opponents from team members and protect players' bodies during the game. Think about all of the padding that football players pack on. Without it, their bodies probably couldn't withstand the beating they endure between the end zones. And you can bet that any NFL player worth his salt wouldn't play for a minute without the recommended gear.

Likewise, when it comes to school sports safety, kids ought to wear the right stuff. For instance, baseball players should put on their protective helmets when at bat. Also, young athletes should make sure that their equipment fits. A pair of shin guards that barely reaches above the ankles won't do much good when a soccer ball strikes. If kids wear glasses or participate in a sport that could injure their eyes, they should consider wearing protective eyewear. And if kids aren't sure whether something fits or how to it put on properly, they shouldn't hesitate to ask a coach before it's too late -- and they're sidelined for the rest of the season. 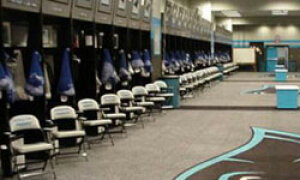