Winnie the Pooh: Behind the Scenes 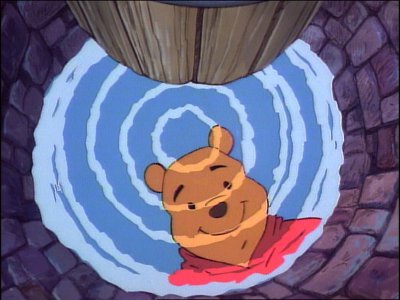 Copyright Disney. All Rights Reserved. Winnie the Pooh has a team of talented musicians, voice actors, and animators behind him.

Who are the talented folks behind the magic of Pooh? In this section, we'll meet the guys who wrote songs such as "Winnie the Pooh" and "The Wonderful Thing about Tiggers" and learn about the talented voices behind some of your favorite characters. We'll also see what the future holds for the beloved bear.

The brothers, who also penned tunes such as "It's a Small World" for Disney Theme Parks, received a star on the Hollywood Walk of Fame and are in the Songwriter's Hall of Fame. They also wrote two songs that hit the pop charts: "Let's Get Together" (from "The Parent Trap") and "You're Sixteen," a No. 1 song for Johnny Burnette and, later, Ringo Starr (post-Beatles). These days, they write songs for theatrical musicals, such as "Chitty, Chitty, Bang Bang" and "Mary Poppins."

In the first three Winnie the Pooh featurettes, the voice of Winnie the Pooh was performed by voice actor Sterling Holloway, who also performed voices in many other Disney films, including "Dumbo" to "Alice in Wonderland." The role of Pooh was then passed to Hal Smith, who performed Pooh in the 1983 short "Winnie the Pooh and a Day for Eeyore" and in the TV series "Welcome to Pooh Corner."

Winnie the Pooh has since been voiced by Jim Cummings, who answered an open casting call for the part. Cummings is a longtime Pooh fan and says he saw the first Pooh featurette when he was around 10-years-old.

"I loved the Sherman Brother's songs, and Winnie the Pooh was very different from the Disney cartoons back then," he says. "They broke the fourth wall -- the characters talked to the narrator."

In addition to Pooh's voice, Cummings can perfectly imitate Tigger, whose voice he took over from the late Paul Winchell. Winchell was a popular ventriloquist in the 1950s and '60s and was the original voice for Tigger. Winchell and Cummings shared the voice for Tigger in the TV series "The New Adventures of Winnie the Pooh" before Cummings took over the role beginning with "The Tigger Movie" in 2000. The original Piglet was voiced by well-known character actor John Fielder, who, ironically, passed away one day after Winchell.

How The Voices Come Together

Depending on the show, there have been a lot of different techniques used to make America's favorite bear come to life. In "The Book of Pooh" series, which involved puppetry, the production artists organized complicated processes to make the series believable.

Says Cummings, "It took four people to operate the Tigger puppet. It was Japanese Kabuki-style puppetry, beautifully done. We would record our voices, which were sent to New York City. Then the puppets would lip synch to our voices [as characters do in animation]. It was fully articulated, just riveting."

Cummings doesn't just use his practiced Pooh and Tigger voices for the big and small screen -- he also lends his voice to the Make-a-Wish-Foundation when he calls sick children in hospitals.

"One child that I called was dying of cancer," he says. "Pooh called her, and she started to giggle. Her mother was in tears, just crying. She said that was the first time her daughter had smiled in six months."

Cummings recalls another child whom he spoke to, a little boy with autism: "He asked me to do all the voices, even small parts that I had done -- extraneous characters. Then his mother, crying, got on the phone and said, 'He doesn't speak.' I said, 'He's been speaking for over an hour.' And she said, 'No, my son doesn't speak -- he's never spoken this much before.' I videotaped this for his doctor."

Cummings will continue to entertain children, both sick and well, in the future with the 2007 premiere of the new show "My Friends Tigger and Pooh." He will, as usual, voice Tigger and Pooh. He will be joined by child actress Chloe Moretz as Darby, a new friend of the Pooh gang. The show, created in CG animation and based on additional A.A. Milne stories, is expected to debut on the Disney Channel in May 2007.

Milne's characters from the Hundred Acre Woods are as beloved as ever. And there appears to be no end in sight for them.

Michael Allen is a Los Angeles-based writer whose credits include animated series on MTV and Nickelodeon. His favorite cartoon of all time is "Scooby-Doo."