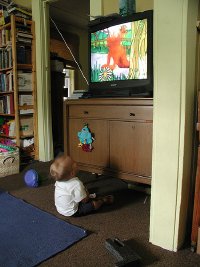 © Andrew Laing Muppets begin as a sketch. Soon, they're on  TV.

"Sesame Street" premiered in 1969. Since then, it has grown into a worldwide franchise with more than 4,000 episodes. "Sesame Street" has won more than  100 awards, including eight Grammys, four Parents' Choice Awards, and 71 Emmys -- more than any other show in history. It has been host to more than 250 celebrity guests and has been watched by 77 percent of all preschool-age kids.

"Sesame Street" was the brainchild of a young television documentary producer named Joan Ganz Cooney. The concept of the show's format was inspired by TV commercials, which Cooney thought would hold young viewers' attention better than traditional children's programming. She had noted that kids responded to "banana-peel humor." From these observations, the most successful children's show in the history of television was born.

The use of puppets had been envisioned for "Sesame Street" from the beginning. It was felt that Muppets were the perfect means to entertain preschoolers while they learned. In the mid-1960s, Jim Henson was already a renowned artist and puppeteer and was brought in to create a family of puppet characters for "Sesame Street." The late Henson also came up with their unique name -- Muppet -- a combination of the words "marionette" and "puppet."

How Muppets Are Made

New Muppets begin as a sketch by the Muppet art director, Ed Christie. Christie's drawings then get feedback from the writers, directors, and Muppeteers. The selections are narrowed down to one design, which Christie then turns into a finished drawing.

Once the drawing has been approved, the Muppet builders form the raw materials into a working puppet. Muppet builders are designers who have experience in sewing, sculpting, and pattern-making. Each Muppet is made of the same materials: foam rubber and adhesives. Muppets are decorated with faux furs, fabrics, eyes, noses, and other features such as horns, antennae, or embellishments, depending on their purpose. Engineers add any needed mechanisms, such as moving eyebrows or remote-controlled hands.

"Sesame Street" Around The Globe

From its inception, the strategy for "Sesame Street" has been to combine education with entertainment. By building a community of playful and curious Muppets, and adding a street scene that featured real children and adults, "Sesame Street" seems to have hit on the secret formula for taking children's television to a new level.

"Sesame Street" and its variations are now aired in approximately 140 different countries. Each of the show's international co-productions is carefully crafted to meet the specific needs of the local children, dealing with regional-specific issues. For example, the Israeli/Palestinian co-production "Rechov Sumsum/Shara's Simsim" is designed to teach children in both territories about mutual respect and tolerance. South Africa's "Takalani Sesame" features Kami, an HIV-positive Muppet.

While there are some familiar characters in the international versions, each show has its own unique Muppets that you won't find on the U.S. version. China has Xiao Mei Zi, a bright red female monster. Mexico's version of Big Bird is a huge green, yellow, and red parrot. Here's a look at some of the characters used in international productions of "Sesame Street":

"Sesame Street" is indeed a hit around the world -- and so is Elmo. In the next section, we'll discuss "Elmo's World."

So you think you know it all about the Muppets? Think again. Here's some interesting trivia: