The Future of Disney Princess 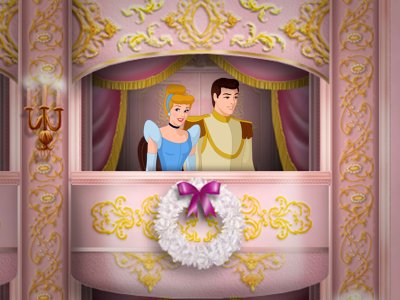 Since Disney Princess is one of the biggest entertainment successes of all time, it's not surprising that Disney is planning many more Disney Princess projects for the years to come. The company supports the Disney Princess brand year-round through consumer products, merchandise, theatrical releases, home videos, television, theme parks, a Web site, radio air play, and live entertainment. Additional kid-friendly electronic products especially made for smaller hands -- such as TVs, wearable VGA cameras, games -- are on the horizon, as is a new emphasis for older 'tween and teen fans.

"Today's kids are growing up with technology, and it is integral to how they play. They want the same functionality that their parents have, not a toy version. But they also want devices that are fun and let them be kids," said Chris Heatherly, vice president of Global Electronics for Disney Consumer Products. "Our electronics line strikes the perfect balance between play and performance, delivering high quality electronics in an undeniably Disney way that kids will love."

In addition to a Disney Princess Enchanted Line in 2007, the princesses' overwhelming popularity has also inspired Disney to gather more of its movie characters into their own supergroups as extensions of Disney Princess. Fairies are first. "Fairy Dust and the Quest for the Egg" is the cornerstone of the new spin-off called Disney Fairies, building upon the enormous popularity of Tinker Bell by introducing 6- to 9-year-old girls to her secret world and a new circle of fairy friends: Prilla, Beck, Rani, and Terrence. Each has a unique talent, personality, and look. Written by Newbery Honor-winning author Gail Carson Levine, the novel spent more than 20 weeks on The New York Times bestseller list and is currently printed in 51 countries and in 33 languages.

To come are additions to the Disney Fairies line of chapter books; small dolls and role-play items; a "Disney Fairies" magazine launch in Europe; and a multicategory product launch scheduled for spring 2007. The computer-graphic animated film "Tinker Bell" will debut in 2007, with actress Brittany Murphy as the voice of Peter Pan's magical pixie. "To be giving Tinker Bell a voice for the first time is such an honor," Murphy said. "Tinker Bell" will be followed by three more fairy films.