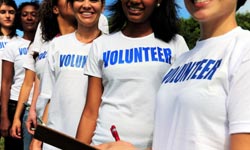 What are some new fundraising ideas for your volunteer group?
iStockphoto/Thinkstock

Have you heard the one about the teenage girl who brought her tattooed, pierced, motorcycle-riding boyfriend home and was amazed when her parents didn't love him? The mother pulled the girl aside, expressing parental concern. "Well," the daughter replied "If he wasn't so nice, why would he be doing 5,000 hours of community service?"

Whether court-mandated or purely altruistic, volunteerism takes on many forms, and in many cases, the purpose is to raise some money. Be it the high school band, swim team, the Humane Society or the American Heart Association, there's always someone asking for your donation.

According to the National Center for Charitable Statistics, there were more than 1 million public charities in the United States in 2010. That same year, Americans gave more than $209 billion to their preferred organizations, according to the National Parks Service. So, if you're the lucky one chosen to spearhead the youth group's trip to Haiti, you've got some stiff competition for dollars!

That said, how do you stand out from the usual bake sales, coupon booklets and car washes usually held for fundraising? We've got new and creative ideas guaranteed to grab people's attention – and their wallets -- starting on the next page! 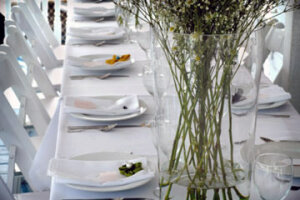 How to Host a Gala Event