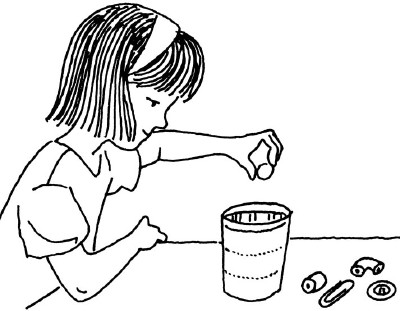 Compare the densities of liquids and objects.
©2007, Publications International, Ltd.

Step 2: Fill the next third of the jar with salad oil.

Step 4: Drop small objects into the jar, and observe the level where they stop and float.

After experimenting a little, choose some new objects to test. Before dropping them in the jar, try predicting the level on which they will float or sink.

Go to the next page to learn about capillary action, or how water moves through the tiny spaces in fiber.

For more science experiments and other fun activities and crafts, check out: