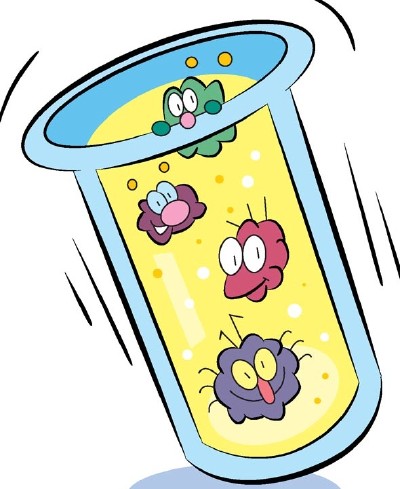 Pee pals can gross everyone out, but they also help teach about carbon dioxide gas.
©2007 Publications International, Ltd.

Pee Pals will gross out your kids' friends while proving that carbon dioxide gas bubbles can make heavy objects float. In this activity your kids drink soda that they pretend is urine. Of course, no one should ever drink real urine! Remind your kids to not drink or eat things they make in chemistry.

How to Make Pee Pals:

Step 1: Have your kids put four to six raisins in a bowl with one tablespoon water. The raisins will absorb some water and look more like bugs.

Step 2: Ask them to pour the yellow soda into the glass. They should hide the soda bottle and the raisin box.

Step 3: Invite your children to round up an audience. Have your kids hold up the glass with the yellow soda, and have them explain to the crowd that this is pee. Tell them to feel free to use the scientific name, "urine."

Step 4: Have your children hold up the raisins in the bowl. They should tell the audience that the raisins are bugs that have been genetically engineered to get their food from pee and to clean the pee.

Step 5: Make sure your kids explain that the scientists who engineered the bugs named them Bugus Urinalis but their nickname is Pee Pals. Have your kids say that the Pee Pals are a little sluggish until they eat.

Step 6: Have your kids drop the Pee Pals into the glass, and have everyone watch as the pals will sink to the bottom. They should explain that the bugs are now eating.

Step 8: After a few minutes your children should announce in a dramatic way, "The Pee Pals have cleaned the urine!" Have your kids ask for volunteers to drink it. When everybody says, "No way," your kids can dramatically drink the beverage. Then have them tell everybody how good it tastes. The raisins sink to the bottom of the glass of soda because they are denser than the soda. The fizz (or carbonation) of soda is from the carbon dioxide gas it contains. When carbon dioxide bubbles attach to the raisins, the raisins rise. At the surface the bubbles are released, and the raisins sink back down to the bottom of the glass.

Keep reading science projects for kids: chemical reactions to learn how your kids can make a bubbly experiment with a piece of liver and a potato.

For more super science projects for kids, check out: 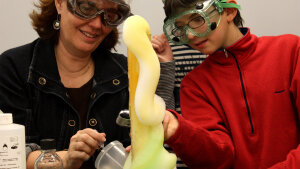 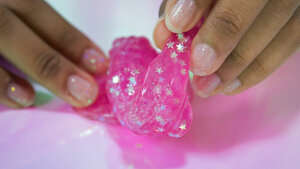 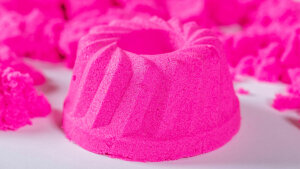