How to Draw a Skier in 5 Steps 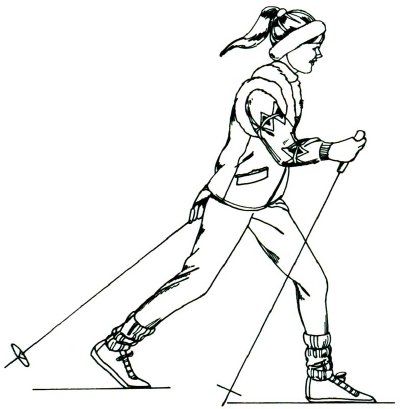 This skier is ready for a wintertime adventure. For your own adventure, draw this skier by following the five simple steps in this article.
Publications International, Ltd.

­Clad in winter gear and boasting a cheerf­ul expression, this skier looks right at home on the slopes. Learn how to draw this skier for your own snowy adventure.

In this article, we'll show you how to draw the above skier. Either draw the picture freehand while looking at your computer monitor or print out this page to get a closer look at each step. 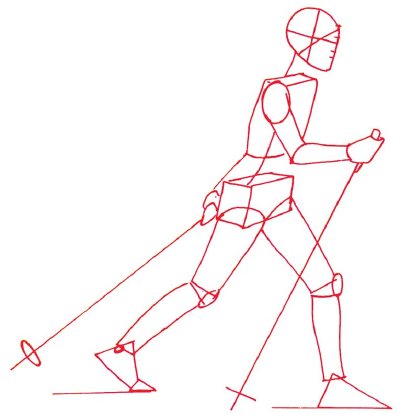 Draw an egg-shaped head. Divide it into upper and lower halves (for the positions of the eyes), as well as left and right halves. Pass a diagonal line through the head. Place three short lines on the right side of the head for the hairline, nose, and mouth.

Use various rectangles to form the boxlike chest and hips as shown here. Using ovals, tubes, and triangles, outline the shoulder, arms, legs, knees, and feet. Draw the odd-shaped hand on your right.

Behind the body, outline the other arm and hand. Use two nearly straight lines to attach the head to the chest and the chest to the hips. Sketch the ski poles with two small U-shaped figures, long straight lines, one short straight line, and an oval.

On the next page, we'll outline the clothes.­ 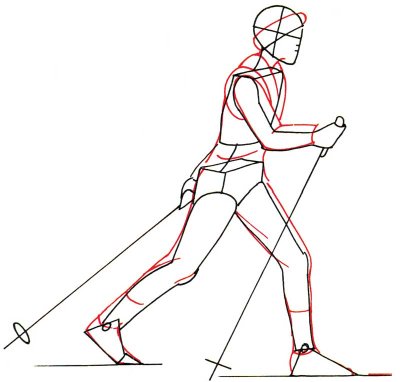 Form the tubelike headband. Use two short lines for the neck. Draw the collar and the outline of some of the clothes using long curved lines and part of a circle around the shoulder area. Shape the feet and ankles with a few curved lines.

We'll draw this skier's hair on the next page. 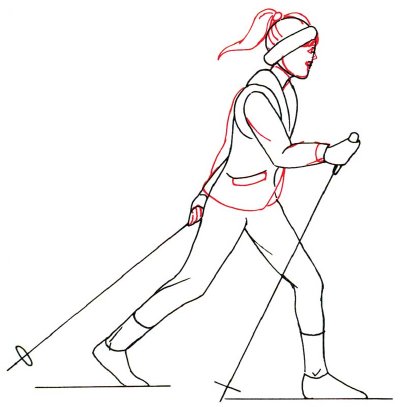 Sketch the ponytail and the shape of the hair using an oval, some short curved lines, and a V-shaped figure that is long and curved. Form the turtleneck with a couple of lines. Draw triangles for the eyes and mouth.­

We'll add some detail to our drawing on the next page. 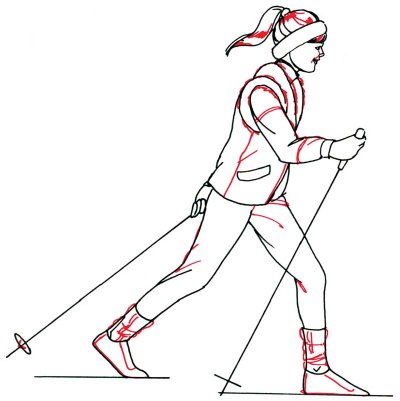 Use jagged and curved lines to add more hair detail, cheek lines on the face, and fur trim to the top of the jacket. Add some curved lines for wrinkles in the sweater, vest, and pants. Make the socks look baggy with curved lines and V-shaped figures. Place a V-shaped figure in the "basket" near the bottom of the ski pole.

On the next page we'll add the final details to our drawing.

Add more details to the socks and triangular designs to the sleeve on the sweater. Place ribbing on the sweater's wristband. Sketch a jagged line along the upper edge of the vest's pocket. Draw laces on the shoes. Shade the hair, body, and clothes as shown here.

Great job! This skier is ready to race.

From chefs to cowboys, skiers to fashion models, there are so many interesting people in the world -- people you can learn to draw. Learning how to draw these people is almost as much fun as getting to know them.